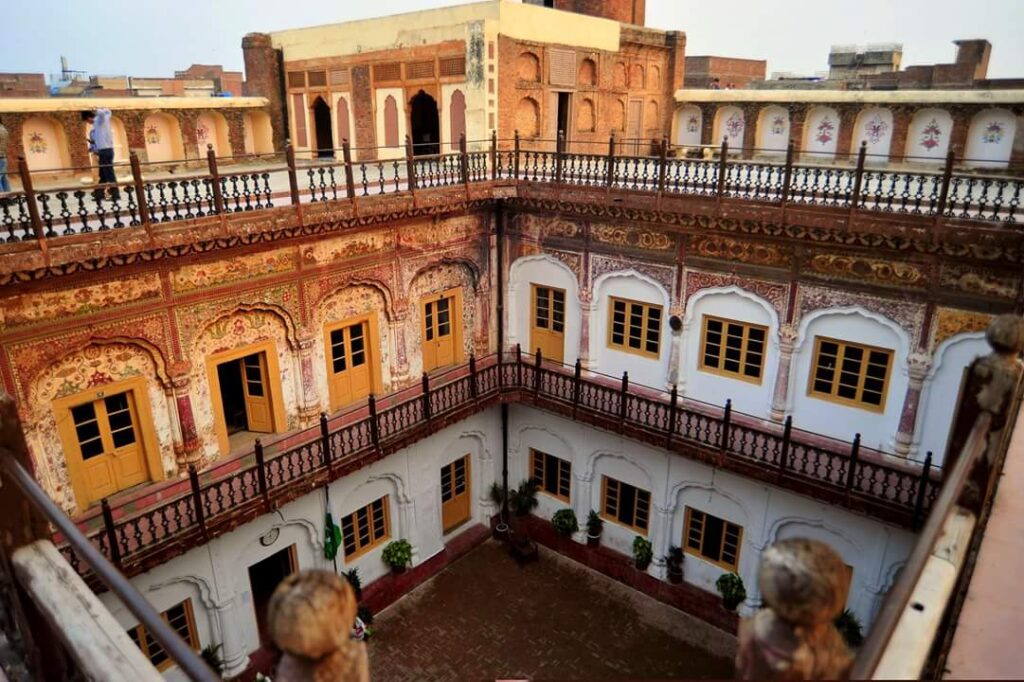 In the heart of Lahore, a beautiful building resides Haveli of Nau Nihal Singh. Its architecture is a living example of Sikh culture and wisdom. You may have seen this building in the 2011 movie “Bol”.

Lahore is the oldest city in the world. It has seen more ups and downs than any other culture. But the beauty of the city is its full of life and colorful approach. The city is full of historical buildings and monuments. Some are preserved, while few are still neglected by the authorities. But each building tells a unique and enlighten story of one’s life for sure. One of the story belongs to Haveli Nau Nihal Singh.

The Haveli of Nau Nihal Singh is a haveli located in Lahore, Pakistan. Dating from the Sikh era of the mid-19th century, the haveli is considered to be one of the finest examples of Sikh architecture in Lahore. And is the only Sikh-era haveli that preserves its original ornamentation and architecture. The haveli is located within the Walled City of Lahore, and is located near the Mori Gate in southern half of the walled city, Lahore. The haveli is also near the Bhatti Gate and Lohari Gate.

The Mahal is one of the few remaining royal residences from the Sikh period in Lahore. It is an intact structure of over 40 rooms, with most elements of its original ornamentation preserved on the two main elevations and the interior courtyard facades. The building has a basement and is four stories above the ground level. On the fourth floor, two stories encompass the whole area; the third story is partially crumbled. While the fourth stands in the northwestern corner and is called the Rang Mahal or Sheesh Mahal.

Nau Nihal Singh was the son of Sikh ruler Kharak Singh and Maharani Chand Kaur. Kharak Singh was the eldest son and heir of Raja Ranjit Singh. He built this mansion for his beloved son. But in an unfortunate incident, Kharak Singh died of poisoning by an enemy. After that his son cremated him with all the rituals and religious prayers.

When he was returning from Roshnai gate, a few stones fell on him that causes minor injuries. He went straight to his mansion and locked himself up. After his father, he was the true heir to the throne. He suspected that one of his enemies might cause this problem to him. Surprisingly the wounds starts deteoriating by time. He asks for his true companion and refrain everyone to enter the mansion, even his mother. Chand Kaur beats her hands red by knocking on the mansion’s main door.

In the morning, someone went to Nau Nihal Singh’s room to check up on him. They found him dead. His head was smashed by some heavy stone that destroys his face. After his unfortunate death, Maharani Chand Kaur give up the throne and went into seclusion.

After the death of Naunihal Singh, a crisis of succession occurred regarding who would be the next successor. But the story took a twist when the son of Ranjeet Singh, Sher Singh, commonly known as ‘Sher-e-Punjab’, a clever fighter, came to know the story of the crisis and took control of all things.

When Sher Singh controlled all the power, Rani Chand Kaur also retired to her son’s haveli. But ultimately the British took over Punjab in 1849, and this haveli also went under the possession of the British Raj. In 1860, a girl’s school began here. The school named ‘Victoria Higher Secondary School’ is still present in its place. However, the government is currently planning on changing its name to Nawaz Sharif Girls College. This mansion is seen in the critically acclaimed 2011 movie “Bol” as well.