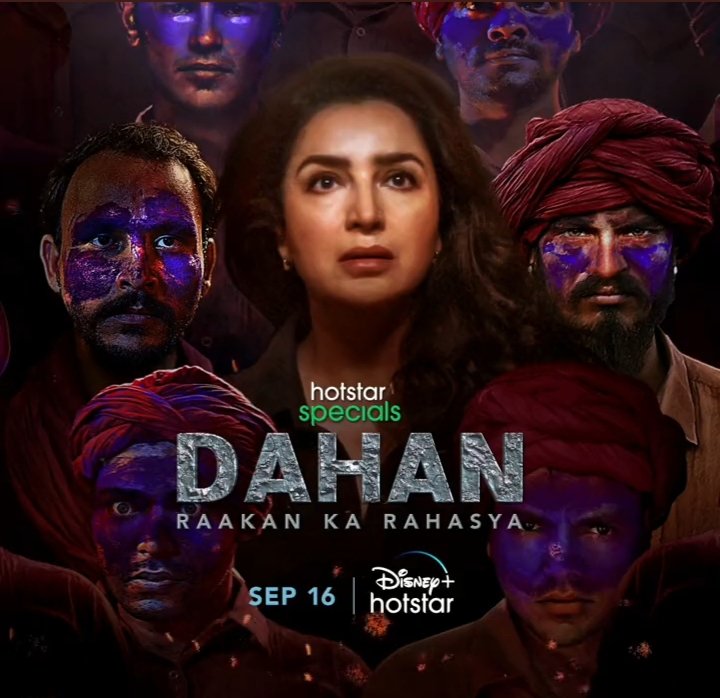 One masterpiece India dropped this September is Dahan Raakan ka Rahasya. Is it a supernatural horror series or a science fiction thriller, it is hard to tell. Here is my take on this unique cinematic experience.

On September 16 a new show dropped on the OTT platform Disney plus Hotstar. Dahan Raakan ka Rahasya means the monster’s secret. Bollywood is known for making absurd horror series but this series is something you can’t take your eyes off. You can binge-watch nine episodes of this series without ever getting bored.

The cast is very seasoned and experienced. It has Tisca Chopra, Saurabh Shukla, Ankur Nayyar, Happy Ranajit, Rajesh Tailang, Sahidur Rahaman, Pankaj Sharma, and others. Every character is well placed and they all keep you on the edge.

Genre of the series is quite interesting. Sometimes you are feeling its a supernatural show, sometimes it became a science fiction. At some point it became a thriller drama. In short you cannot judge the series until you finish all the episodes.

It has a mother who is IPS officer, battling from a mental and professional problem simultaneously. Her husband took a suicide under mysterious circumstances that cost her career drastically. She has a son as well. He blamed her mother for all the things happening in his life. It is a story of mother-son duo and how they regain their relation.

Also See: I watched “The White Lotus” and I don’t like it

Then there is a head of a religious cult known as Swaroop. His beliefs are quite orthodox and keep clashing with the mindset of IPS officer. He warns the village for some supernatural apocalypses meanwhile the lady keeps searching for rational and logical reasons.

Now the verdict of this season is quite smashing. It will keep you on the edge and till the end, you are thinking is it some ghost or prophecy, or there are some scientific reasons behind all the incidents? It gives a justified end to the story. But they left a debate behind. Are beliefs more authentic or science has all the answers? If science is so powerful then why do some of the happenings have no logic at all?

I have a really good time watching this series. Go watch it right now and discover the mysterious world of Dahan: Raakan ka rahasya.