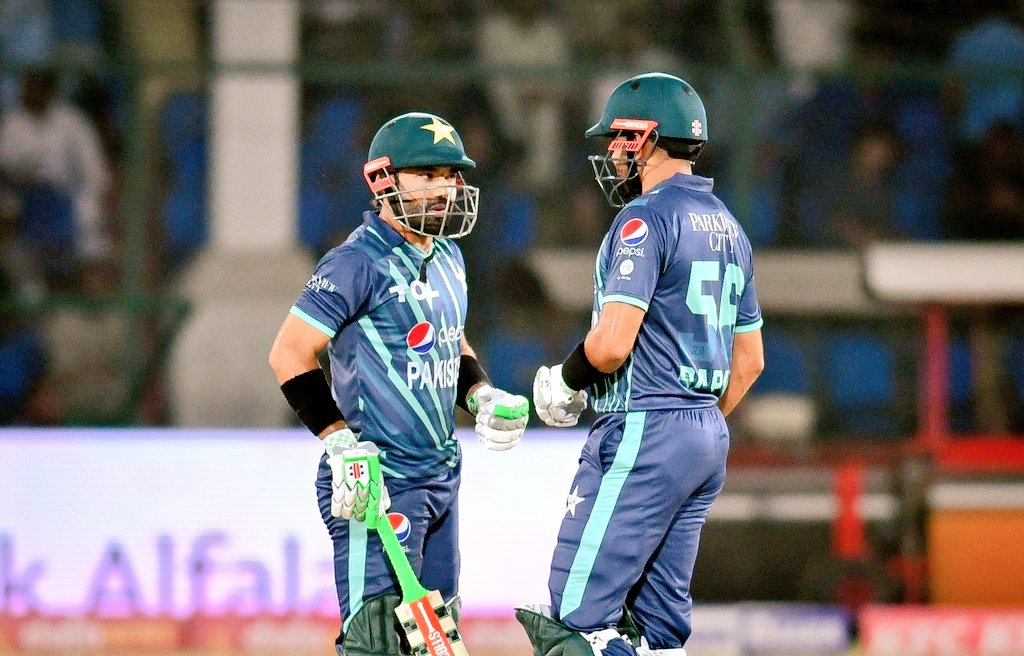 Karachi witnessed the record-breaking match yesterday in full glory. After getting defeated in the first match by England, Pakistan levels the series in the most epic way possible. Openers made a unique record as well.

Yesterday Karachi witnessed the most epic match in history. After the shameful defeat in the first match. Pakistan defeats England in the second match confidently and levels the series by 1-1. A total of 7 matches will be played among both teams, 4 in Karachi meanwhile 3 are scheduled in Lahore.

The match started when 30,000 full-of-life spectators recites the national anthem in full spirit. England won the toss and choose to bat first. Looking at Pakistani smashing bowling, this decision was a bit risky. But with the help of Moin Ali’s amazing innings and Harry Brooks mind boggling boundaries. England managed to post 199 score in 20 overs. They lost only five wicket in their turn.

Looking at our poor batting middle order, fans and experts were not very sure about the Pakistani team. Babar Azam was out of form and Muhammad Rizwan is often accused of playing selfish innings. Well on the opening the both Azam and Rizwan came on crease. They start playing amazing from the very first ball.

Moreover, Babar became a run machine after posting his fifty. Meanwhile, Rizwan was supporting him with all of his force and power. The turning point was when Liam Dawson and Alex Hales dropped Rizwan’s catch. After that, they both were unstoppable and uncontrollable for England’s bowlers.

A world record unbeaten 203-run partnership that was devastating in its brutality and yet delectable in its beauty saw Mohammad Rizwan and Babar Azam chase down 200 against England with three balls to spare, and without the loss of a single wicket. Babar scored his second T20I hundred, taking 62 balls to get there, while Rizwan’s unbeaten 51-ball 88 was a more than adequate supporting act. The levels the series and they have done it with a style. They are the only pair to put seven 100-plus stands together and to make over 1,800 runs together.