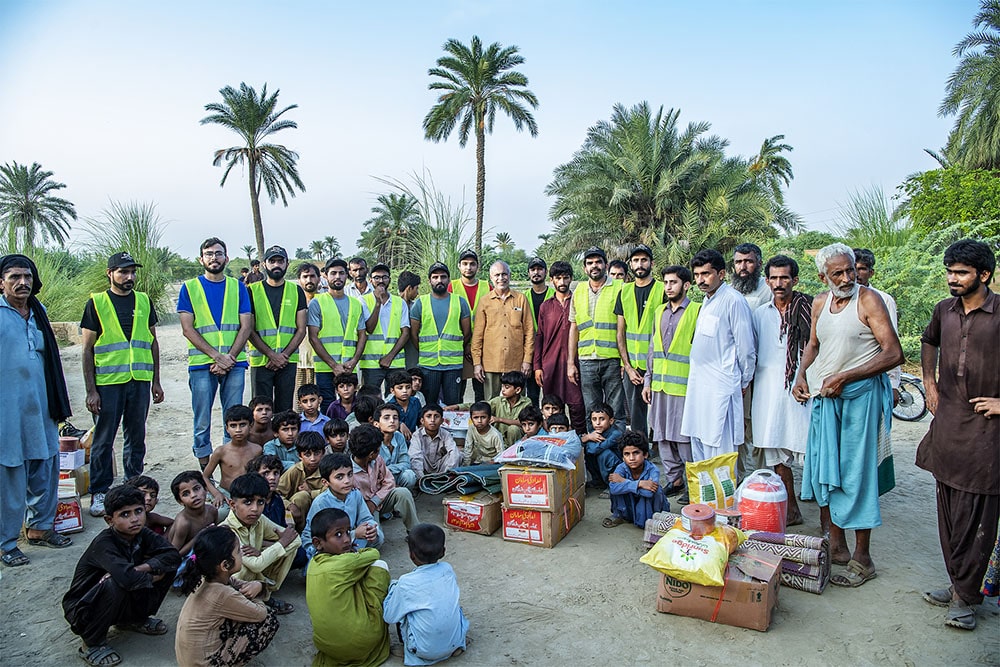 Pakistan is continuously struggling with its flood relief activities. Pakistan has become the first victim of the global climate change crisis. The early monsoon and heavy above-normal average rainfall caused a Flood all over the country. It happened in June when the monsoon rains hit the country with higher levels of rainfall than average. The political instability has even added more to the problem. Pakistan an already struggling economy lacks the resources to help its people without foreign aid and relief.

The flood has caused a catastrophe all over the country hitting 118 districts. According to an estimate, the flash flooding in Sindh as well as Punjab left more damage to houses. Where the flood has caused so much damage, foreign aid and national funding programs are also in full swing. These programs are just an effort to fight this calamity by helping the affected people. The government, Pakistan Army, as well as public figures like Imran Khan have come forward to help needy people.

Moreover, the country is also being supplied with huge amounts of foreign aid. Details of each flood relief activity have been given below:

Pakistan Army has been providing flood relief from the day calamity hit the nation. Pak Army has responded to national calls by providing the affected areas with rations, medical, and transportation facilities. Pakistan Army with its professionalism has been able to save many people from this catastrophe.

The government of Pakistan has also stepped up after a wake call by the country’s media. The government has also provided rations to the people affected by floods with the help of the Pak Army. Moreover, the efforts also include an emergency call for donations.

Imran Khan recently did a telethon in which he intended to collect as many donations for the poor victims as he can. His followers responded to his call for help. He managed to collect Rs. 500 Million for the flood victims. Moreover, he is planning his next move to spend this money on reconstructing houses for the affected people.

There have been many announcements from all over the world about donations for Pakistan. Recently Google announced that it would donate $500,000 as Aid to Pakistan. Moreover, Ismaili Imamat has announced donating $10 million as a flood relief package as well as a supply of relief materials that have recently arrived from France as well.