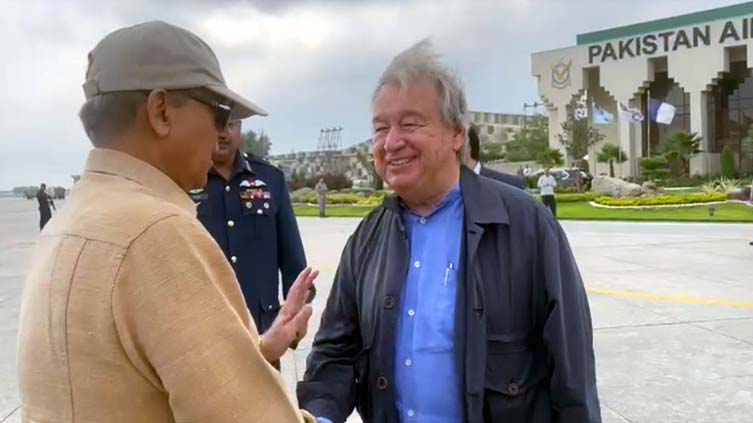 UN Secretary-General visited the flood affected areas of Sindh. In his recent visit to Pakistan, he went on to visit the areas in Sindh province where the people were most affected by the calamity. According to the UN more than a million people have been severely affected by this flood. More than one third of the country is currently submerged.

UN Secretary-General Antonio Guterres gave his remarks to the National and International Press after his 2 day visit. He called the UN for urgent financial support. Moreover, he also told the world to focus on the climate change problem.

Antonio said that he has seen many humanitarian disasters in the whole world. But he is devastated to see such a large proportion of any country to be submerged completely. He also said that he has seen fingerprints of humans seen within this catastrophe. Pakistan has paid the price of what others have been doing. He also added that the world needs to control the emissions of harmful Gasses and chemicals. The emissions are targeted to be reduced by 45% by the end of 2030. Pakistan has become the first country to be hugely affected by the ongoing climate change crises.

He made it very clear that the whole world needs to take a serious look at this calamity. The UN alone cannot fulfill the required amount of support for Pakistan in this desperate time of need. At last the UN Secretary General said that the UN will do its best. They are studying Pakistan’s arrangements for facing future problems. Moreover, the UN would help Pakistan in having the ability to protect the population when those future problems arise.