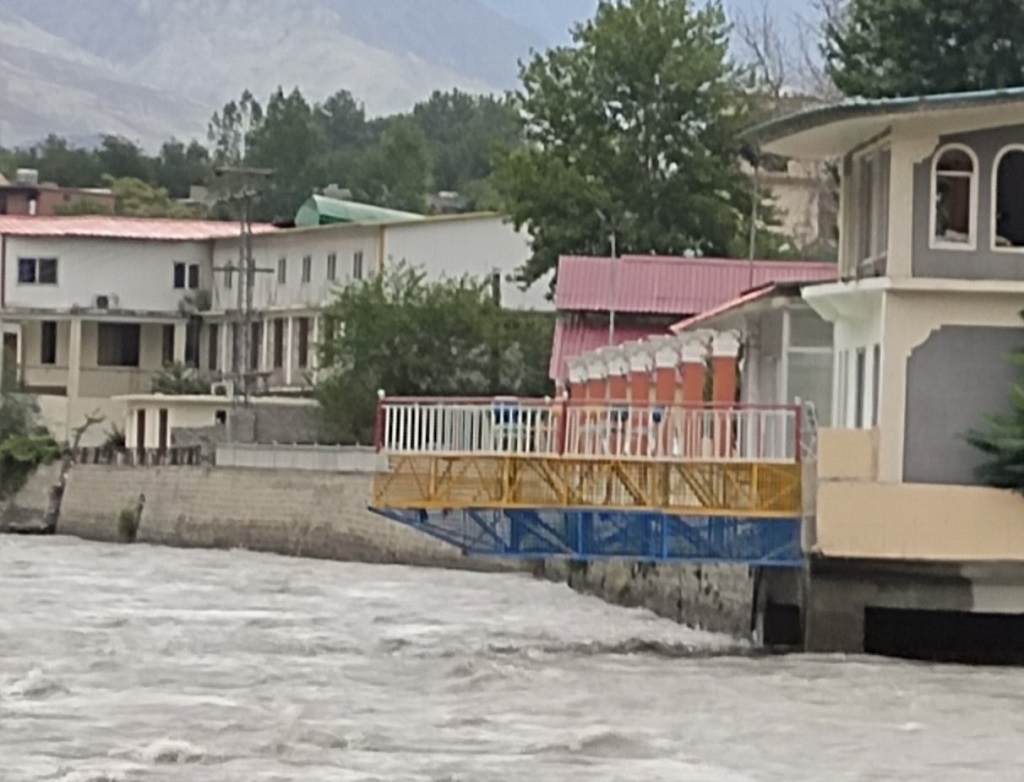 In Pakistan’s Khyber Pakhtunkhwa province, hundreds of people are stranded across the river in the Manoor valley after a flash flood destroyed at least 10 bridges and dozens of buildings on Friday.

A popular tourist destination in Pakistan, the Manoor valley is located in the mountains of Kaghan. At least 15 people, including women and children, have been killed in a torrential flood in the valley.

The only concrete bridge connecting the scenic valley with the main city was washed away by flash floods. As a result, all the villages on the other side of the river have been cut off and residents are waiting for assistance.

A humanitarian crisis has begun in Pakistan due to the destruction of housing and farmlands.

Maxar Technologies released satellite images before, during, and after the floods in Rojhan, Punjab, displaying entire communities cut off by floodwaters.

There has been significant damage to the education infrastructure, with thousands of schools being damaged or destroyed. A pandemic of school closures in the last few years has disrupted learning for children in areas where a third of girls and boys were already out of school before the crisis. It has already been reported that diarrhea and water-borne diseases, respiratory infections, and skin diseases are widespread.

It is expected that the humanitarian situation will worsen in the days and weeks ahead as heavy rains continue to fall in flooded regions. Water and sanitation are lacking in many hard-hit areas of Pakistan, where children are already malnourished.

Most of the affected districts affected, medicines have been destroyed, and health workers have been displaced as a result of floods. Waterborne diseases like cholera are common.

The effects of climate-related crises will not be equally felt by everyone. Children will suffer more than adults in the poorest communities.