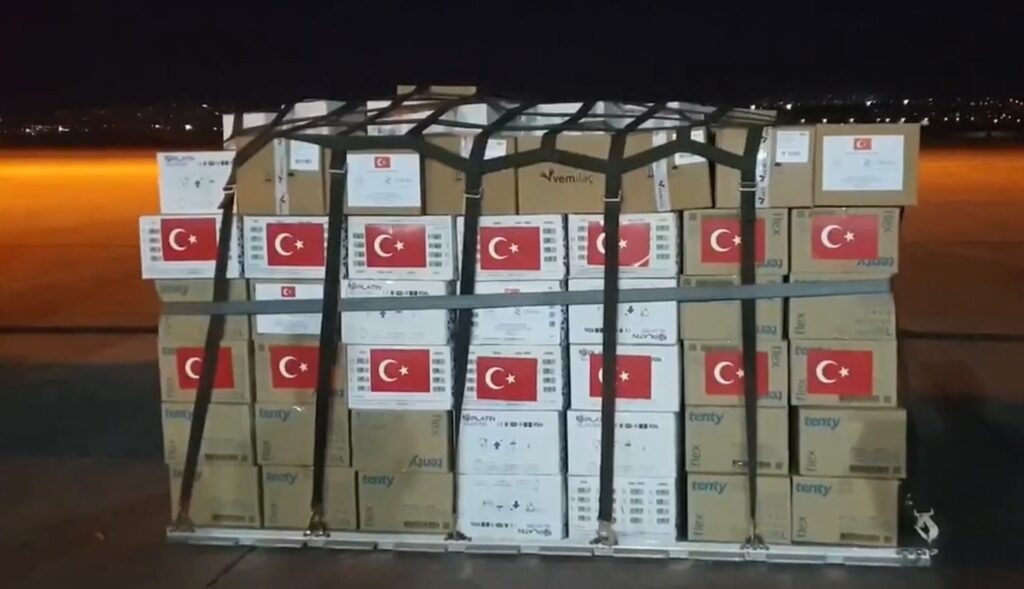 Pakistan call for help in the wake of the flood, humanitarian assistance and solidarity messages continued to pour in from around the world, including Canada, France, Qatar, the UAE, Turkey and Azerbaijan among others.

Pope Francis also asked the international community to assist Pakistan during his visit to the Italian city of L’Aquila on Sunday.

As a result of monsoon rains that have been in effect since June 14, Pakistan’s National Disaster Management Agency (NDMA) reported that more than 1,000 people were killed by floods and landslides.

Approximately 33 million people affected by the rains, and 498,442 people were living in aid camps due to heavy rains. The report also stated that 992,871 houses had been damaged and 727,144 farm animals had died.

In response to heavy flooding in Pakistan, AFAD announced the establishment of an “air bridge” for tents and humanitarian aid. First stage of humanitarian assistance includes 10,000 tents, 50,000 food parcels, 50,000 hygiene materials, and 10,000 parcels of baby food.

Over 1,000 people have been killed by floods caused by historic rains since mid-June in half of the country.

Thousands of homes, roads and bridges have already been destroyed by continuous rains and raging floods across the country, washing away nearly a million animals.

Also See: Pakistan receive $1B as investment from Saudi Arabia

China expressed condolences earlier and announced that it would provide emergency humanitarian aid to flood victims in Balochistan and Sindh.

Chinese government has decided to provide an additional batch of humanitarian aid, including 25,000 tents and other urgently needed items.

Pakistan Red Crescent Society will receive $300,000 in emergency cash assistance from the Red Cross Society of China. In addition to disaster prevention and climate change, China will continue to promote bilateral cooperation.