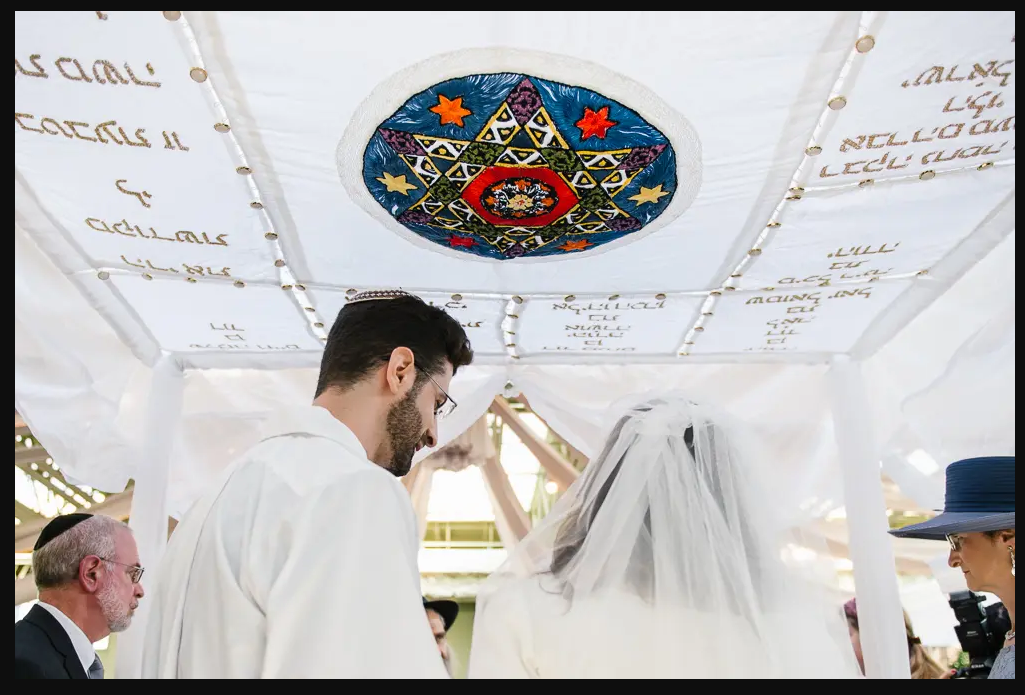 Jews are the ancient yet most traditional community in the world. Their culture is very clear in orthodox Jewish weddings and other rituals. Here are a few amazingly unique trends you need to know about their weddings and nuptials.

Weddings are a life-changing event for all couples and families. This tradition is taken very seriously in all corners of the world and cultures. We have seen massive desi weddings that depict royalty and extravagancy people put in their nuptials. But most of you people do not know about cultural yet elegant Jewish weddings. Here are few commonly practiced traditions that are followed in every orthodox Jewish wedding allover the world.

First Tradition is celebrating the couple by calling both bride and groom in one place. It is a form of engagement that is traditionally called Aufruf. The bride is in one room (Hachnasat Kallah) and the groom is in another (Tisch), it is considered bad luck if both are in the same room. In some cases, women are in one room and men in another. Rabbi read verses from Torah wishes both families a very good and blessed life. After the prayers, Mothers of bride and groom break plates on the ground in order to bring good luck in the family. In other practice, it is done to remember destruction of Jerusalem in every event as well.

This tradition is called signing a marriage contract known as Ketubah. This is done way before the ceremony happened in the presence of the Rabbi and the intimate family of the bride and groom. It dictates the conditions he will provide in the marriage, the bride’s protections and rights, and the framework should the couple choose to divorce. Another ritual that is followed in this tradition is Bedeken (Veiling). The bride came with a veil on her face until all the wedding rituals were done and Rabbi announce them as husband and wife. Veiling has a vast meaning in Jewish culture, it is considered to bringing of good luck and love into new relations negating evil eyes. Henna is also applied at this event or a few days before the signing ceremony.

Walking towards Chuppah in Jewish weddings

The chuppah is a wedding canopy under which the bride and groom take an oath to live together for eternity. Along with them Rabbi and family of both partners stand. Chuppah consists of a roof that is considered under God’s shelter. It does not have walls depicting that family and friends are always welcome in all matters of life. A tallit (prayer shawl) that has special meaning to the couple can serve as a chuppah as can a handmade quilt or other covering.

In the Chuppah, the bride and groom take an oath to spend their whole life together in the presence of family and friends. They take seven circles of the chuppah while Rabbi read verses from Torah. For the LGBTQ+ community, they take three circles that describe the divinity of their love and eternal love. In this ceremony, they exchange rings as well. They put rings on the partner’s forefinger as they believe that forefinger is directly related to the heart. In older times like the 16th to 19th century, couples used to wear much-elaborated rings. Some of them are still showcased in Italian museums. Couple these days wear much simple and solid rings. They take this as a sign of longevity and elegance.

The seven blessings, called the Sheva B’rachot, come from ancient teachings. They are often read in both Hebrew and English, and shared by a variety of family members or friends, just as friends and family are invited to perform readings in other types of ceremonies. Along with that couples say their vows and make promises for the upcoming life.

Breaking of Glass (cup or pot) in Jewish weddings

After the vows and blessings. groom or sometimes both (bride and groom) breaks the glass covered in cloth. Most of the time it is a cup made of pure glass. It is done to remember destruction of Jerusalem, along with that according to their believes it brings goof luck to the couple. It destroys all the negative energy and couple lives a happy life forever.

Once the ceremony is over and the glass is broken, you will hear guests cheer “Mazel tov!” Mazel tov has a similar meaning to “good luck” or “congratulations.”

Now the wedding completes with the breaking of glass. After that, they send the couple to a separate room to spend 8 minutes alone. Moreover, It is to start their life and share the first meal as a new husband and wife. Customary meals differ from community to community and can range from the “golden soup” of the Ashkenazim (said to indicate prosperity and build strength) to chocolate-chip cookies from grandma.

Seudat Mitzvah (The Wedding Feast) Happened after the Yichud. After the traditional meal, all people gather around and dance the Hora (traditional Jewish dance routine) together. They made a circle around the couple and danced. It brings warmth and love to all the guests. The couple does a special routine called Mezinke, where they dance and beautifully renew their vows. All the guests put the couple on their shoulders and danced along.

Most couples take fast on their wedding day to get a blessing from God. It is customary for every guest to bring some gift worth at least $18 to give away their prayers. Moreover, This is also amazing to know that men and women sit separately for the whole wedding. At a few weddings, there is a wall between both genders to keep them separate. They do not commence wedding ceremonies on Shabbat days or other holy days.