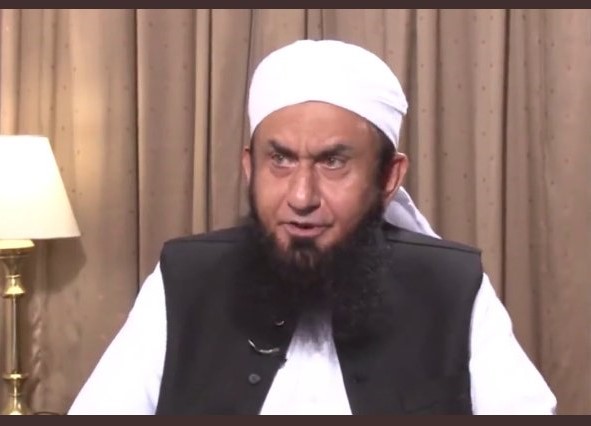 Maulana Tariq Jamil is a world-renowned Islamic scholar. He was recently stranded in controversy after he passed some comments about the country’s political condition. The #WeStandWithTariqJamil is trending on Twitter since last night.

We all love Maulana Tariq Jamil and his vast knowledge of Islam. He often lands in some controversy after giving some brave and uncensored comments. Recently an interview was held on some national television. During that, he passed some bold comments about the current political condition of Pakistan.

Jameel contrasted Muawiyah bin Yazid’s refusal to succeed his father following his death. Citing the tragedy at Karbala against what he alleged was contemporary Pakistani politicians’ unashamed avarice for power. He said Muawiyah bin Yazid spurned the Umayyad throne citing how it had been stained with the blood of the Ahle Bayt.

Listing what he claimed were demerits particular to Pakistani politicos he said such was their avarice for power that they would cling to power at all costs. While acknowledging that the Tablighi Jamaat tended to stay aloof from politics. He said his patriotism had left him with no option but to speak up.

After the interview, a high debate started in the political and religious circles against him. A political party claims that his accusations are baseless and Tariq Jamil should only take care of his doings whatsoever. Tablighi Jamaat banned him from entering the institute and giving any religious lectures on their behalf. Half of country is divided into who is right or wrong. On the other hand, other political party condoned Maulana Tariq Jamil’s statements and voiced support for him while claiming that as a citizen of Pakistan, he too has a right to express his opinion.

Maulana Tariq Jameel is no stranger to controversies. He has earlier held “immodest women” responsible for the Covid-19 outbreak. After the outrage, #WeStandWithTariqJamil is trending on Twitter. People from every walk of life are giving their opinions on the issue.