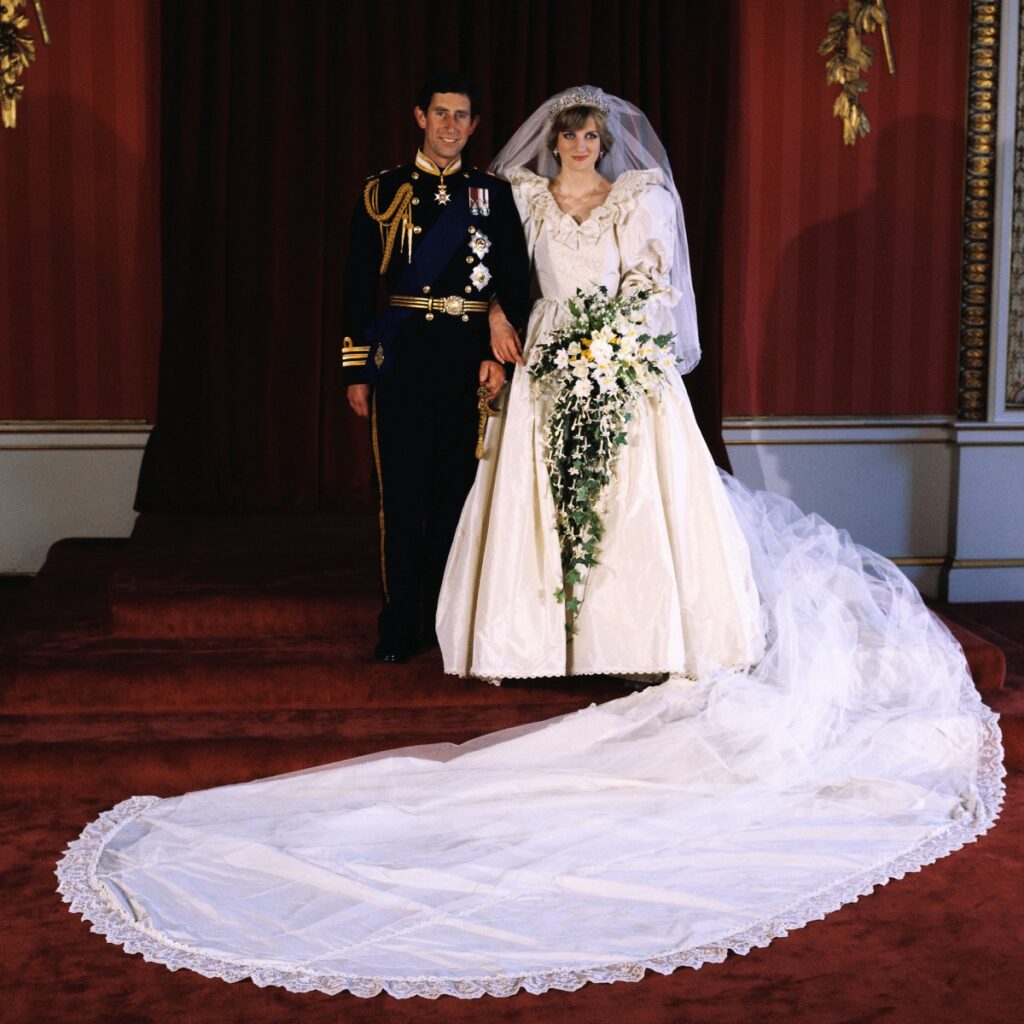 Royal wedding (Prince Charles & Lady Diana) pulled the widest possible audience globally that’s why it was nicknamed as ‘the wedding of the century’, breaking traditions in refreshing ways and setting new fashion trends.

The 32 years old Prince Charles, the eldest son of Queen Elizabeth II married 20 years old Lady Diana Spencer at St Paul’s Cathedral on 29 July, 1981. Around 750 million people, in 72 countries watched the wedding all around the world while, a further 250 million people listened through radio stations worldwide.  Worldwide television broadcast of 11 am ceremony began at 7:45 am at St Paul’s Cathedral by Angela Rippon and Peter Woods.

Within one year of their wedding they welcomed their first child Prince William on June 21, 1982. After two years their second child Prince Harry was born on September 15, 1984.

The wedding dress was designed by David and Elizabeth Emanuel. The gown highlights with fitted body. It was overspread with panels of antique Carrickmacross lace, which at first belonged to Queen Mary, Prince Charles’s great-grandmother. The veil boasts 10,000 mother-of-pearl sequins. At 7.6 meters, the sequin-encrusted train is the longest in British royal history to date.

The marriage was not original satisfying traditions. Princess Diana did not promised to ‘obey’ the Prince, as it is culturally in Christian wedding vows.

The couple made mistakes at time, Princess called prince name as Philip Charles Arthur George, instead of Charles Philip Arthur George. Prince Charles also got wrong when he had to say “my worldly goods” but said “thy goods”

The final length of cake was 150 cm, weighing more than 100 kg and took 14 weeks to bake. He baked two cakes, in case if one got damage.

At wedding night, fireworks displayed above London’s Hyde Park and across the country 100 beacons of light shone.