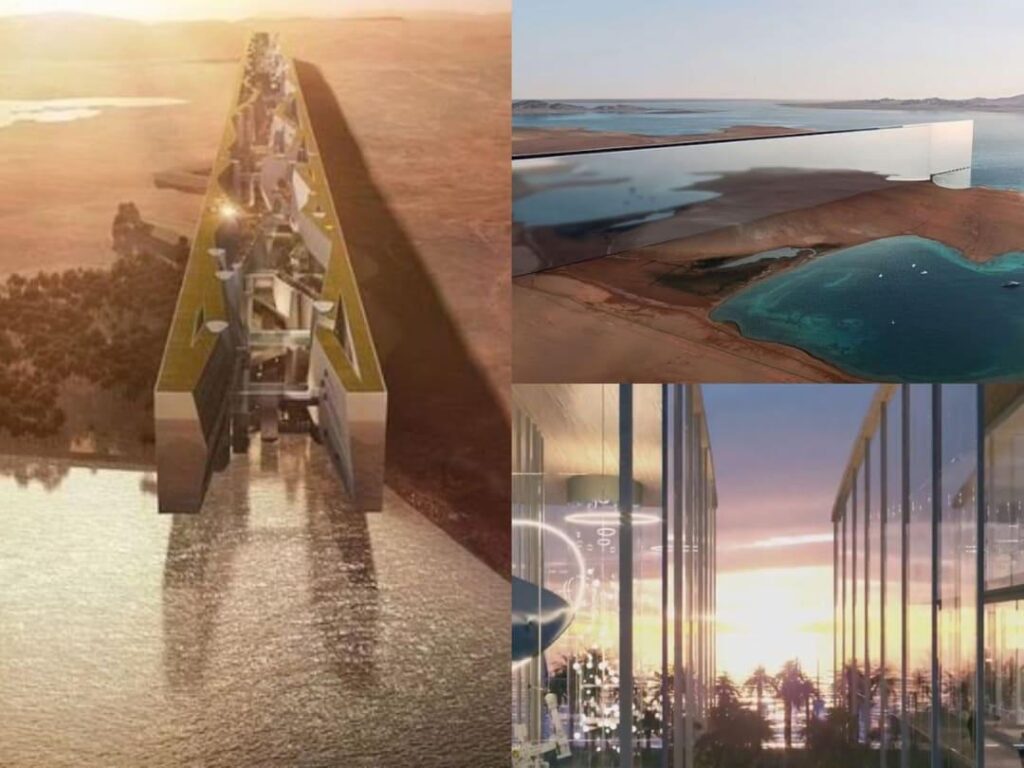 A 120-km long mirrored tower will built in Saudi Arabia’s Neom desert for $1 trillion. It is stated the sideways building will house 50 lac people.

Kingdom of Saudi Arabia (KSA) plans to create a ‘Sideways Skyscraper’ for 800 billion pounds. This sideways structure will be around 120 kilometers long. It will have a capacity of 50 lakh people. The name of the project is ‘Mirror Line’. It will built with mirrors. The skyscrapers are expected to be higher than the Empire State Building.

The project will include the construction of two 1,600-foot-tall towers. They will run parallel to each other in the desert for over 50 years. Engineers would require support to account for the rotation of the Earth, and it would have its high-speed bus route.

Saudi Crown Prince Mohammed bin Salman, according to rumors, disclosed his intentions for this gigantic structure in January 2021. The goal of the building was for Saudi Arabia to build its “pyramids” along the lines of Egypt’s pyramids.

Walkways will connect the two structures, and a high-speed train will run beneath them. The project would also include 50 lakh individuals who will be able to travel from beginning to end in 20 minutes. It would also feature kilometers of greenery, housing, and fields that will feed 50 lakh people. Residents must pay a monthly fee to the building to receive three meals each day.

Prince MBS stated that the structure will be carbon neutral and would include its stadium 1,000 feet above the earth. However, Planners are questioning the project’s expense and if people would be ready to live in a tight place during the epidemic. Whereas, The project will create in Saudi Arabia’s Tabuk area, where the Al-Hovet community has lived for decades.

Aaliyah al-Huwaiti, a UK-based activist and dissident member of the Al-Howaitat clan, told the West-Asian media site Mirror: ”He [Salman] will do anything to show That he is going to Saudi Arabia. In a civilized country. But this is not true, because [a civilized country] would not have all these prisoners, and would kill people or force them to be displaced.