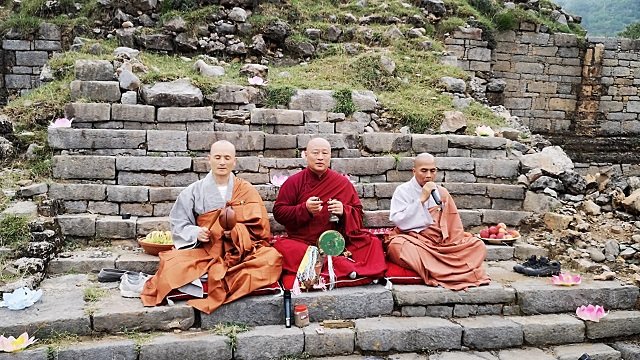 For the first time in Pakistani history, several Buddhist monks and followers converged at Taxila’s Dharmarajika stupa. It is for the annual ‘rain retreat’. Vassa is the monastic retreat observed primarily in Buddhist communities

Thailand’s monk, Arayawangso, and a delegation of monks and followers began a three-month ‘rain retreat’ or vassa. It is from mid-July to mid-October at Dharmarajika stupa in Taxila museum. It is the birthplace of ancient Buddhist civilization.

The delegation is made up of five monks. It includes one beginner (a trainee monk), and fifteen companions. During his October 2019 visit to Taxila, Arayawangso fell in love with this area of rich Buddhist legacy. After that, he chose to return for the yearly Buddhist retreat.

Vassa did not happen in the last 2 years due to Covid-19. Now the situation of this virus is under control. So, the senior monks approved this year. It had been known as a “place of wisdom and peacefulness,” with Buddhist monks from all over the world.  They travel here in search of knowledge and happiness.

Once during a millennium happening

Imran Shaukat has been actively promoting religious tourism in the nation. He was key in organizing His Holiness’ past and present visits. He stated that for the first time in a century, a monk of His Holiness is spending a Rain Retreat in Taxila. This will assist present these Buddhist landmarks to the outside world. It will also promote Pakistan’s soft image, he added.

Foreign Secretary Representative Asim Iftikhar Ahmed and Director General (DG) East Asia Pacific (EAP) Aamer Atozai welcomed Arayawangso at the Taxila Museum. They will serve as Arayawangso’s base camp during his retreat. They will also broadcast live all of his prayers, research, and sermons. He offers an invitation to Buddhists from all around the world to visit this place of learning and enlightenment.

It was shown to be constructed to hold minor bone pieces of the Lord Buddha. During his visit, Thailand’s Chief Monk of Buddhists stated, “I am confident that from now onwards, Buddhists from around the world will be looking forward to visiting this beautiful country of Pakistan.”