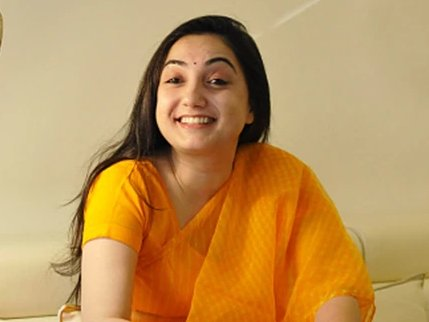 India is on fire after the activist Nupur Sharma passed indecent remarks over Prophet PBUH. The believers want extreme retaliation and actions against her. Court declared her the culprit and blamed her for all the mess created in the country.

A few days ago there was a storm on Indian media. That caused country-wide chaos and protests. During a news program, activist Nupur Sharma passed some derogatory comments about Prophet PBUH. Her hatred and expressions did not end up well. Muslims around the globe retaliate against her. She hurts the sentiments of 1.8 billion Muslims in the world.

The negative approach reaches all over the country and protests burst into the community. Hundreds of people get hurt and arrested. Meanwhile, her supporters defended her statement. But believers are not ready to forgive her. They took this matter to the supreme court of India.

She received a suspension from her political party after the incident. Her court plea is ongoing in the court for several weeks. Today court gave their ultimate decision and dismissed the case. The group, comprising 15 high court judges, 77 ex-all India services officers and 25 veterans, alleged that the “unfortunate” comments are not in sync with the judicial ethos and have sent “shockwaves” in the country and outside.

On July 1, 2022 come down heavily on Sharma for her controversial comments against Prophet Mohammad, saying her “loose tongue” has “set the entire country on fire” and that she is “single-handedly responsible for what is happening in the country”.

“The observations are too serious to be overlooked if rule of law and democracy have to sustain and blossom, and deserve to be recalled with the stance that soothes minds that care for justice,” Court‘s statement. However, people who support Nupur are heartbroken by the judicial system. They are not supporting Secular India anymore. If this case turns the face of the country in red only time will tell.