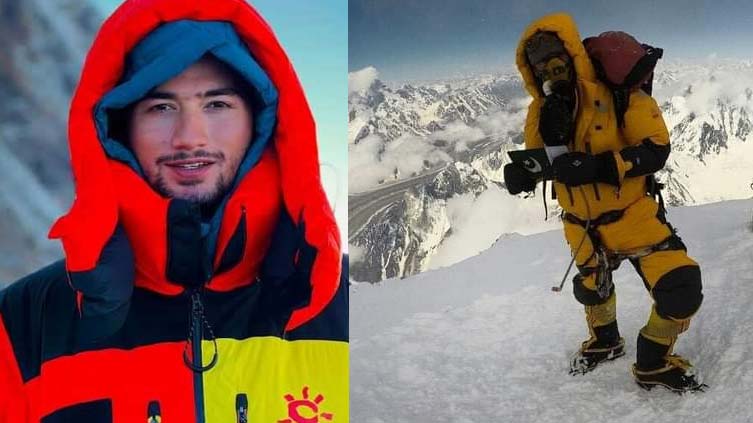 Shehroze Kashif mountaineer of Pakistan is the youngest person to climb Nanga Parbat. He has summitted most of the hills and broken many records. At such young age, the mountaineer summitted K2 as well.

Shehroze Kashif, a teenage climber from Pakistan, has become the world’s youngest person to reach Nanga Parbat. It is the world’s ninth-highest peak. The height of the Nanga Parbat is 8,126 meters. He has added one more feather to its cap. The youngest mountaineer is just 20 years old. It was the 8th summit of his career. He has summitted Mount Everest, K2, Kangchenjunga, Lhotse, Makalu, and the Broad Peak and break the records by being the youngest mountaineer.

Kashif wants to be the world’s youngest climber to reach the top of all 14 8-thousanders. This record is held by Mingma David of Nepal, who summited all of the top peaks at the age of 30 years and 166 days. More mountaineers are also in this race to achieve this record.

However, Adriana Brownlee, 21, of the United Kingdom, is also attempting to become the youngest person to climb all fourteen 8,000-meter summits. Whereas, She summited Nanga Parbat over the weekend and is now traveling to K2 base camp intending to summit The Broad Peak.

Also See: URGENT action in Europe over monkeypox :WHO

The mountaineer and the hurdles in his records

Shehroze plans to climb Gasherbrum 1 and 2. He is on his way to breaking records of all 14 summits of 8,000 meters. He is also planning to summit Dhaulagiri and Cho Oyu in Nepal later this year. However, he is facing difficulties financially. He needs sponsors although he has the potential to break all the records he wants the sponsors.

He also exclaims that Government has promised to give him 1 Million rupees. Pakistan Sports Board has promised him 1 million because he served Pakistan. Shehroze informs his fans from his latest post that he only receive 450,000. Mountaineer Fazal Ali and Shehroze went missing a few days ago while coming back from the summit of Nanga Parbat. They spent a lot of time on a hill in open and waited for the weather to be clear. Now they get in contact and right now they are at 2nd base camp.