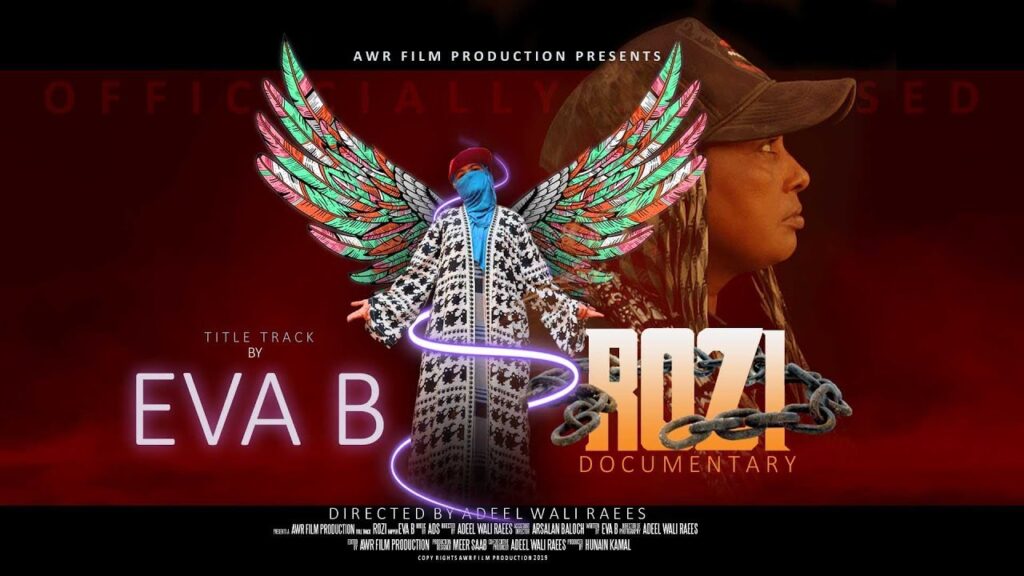 Eva B is feeling ‘so lucky’ after her song ‘Rozi’ was featured in ‘Ms. Marvel.’ Pakistani Hip Hop singer and rapper Eva B’s song was featured in the first episode of Marvel Cinematic Universe’s new series MS Marvel.

Pakistan’s first female singer and rapper, who always wears a veil, has accomplished what most people can only dream of. The song ‘Rozi’ by Eva B was featured in the first episode of ‘MS Marvel.’ Eva B, a female rapper from Pakistan, performed the song. Gingger Shankar, an American singer and composer, co-wrote the song.

Ms. Marvel is the first Marvel series to star a Muslim teen superhero. The series had its origins in 2013 when Marvel Comics introduced Kamala Khan, a Pakistani American teenager from New Jersey who idolizes Carol Danvers, aka Captain Marvel.

Her latest song also hit a lot. People do praise her from all over the world. ‘Kana Yaari’ was the song that Eva B produced and also was in the composition. The secret superstar of Karachi announced the big news. She captioned the post, “I am feeling greaaatttt and so lucky that I got a feature in @msmarvelofficial ’s 1st episode.”

Eva has specially thanked Gingger Shanker for helping her out on this journey. “I specially wanna thank @gingger_shankar for making this happen,” she added.

Journey of Eva in the RAP Industry

After the release of “Gully Girls,” a tribute to women persecuted by society, Eva B exploded onto the Pakistani rap scene as the country’s first female rapper. The anthem was played at the conclusion of Aurat March 2019 in Karachi on March 8th, International Women’s Day.

At the very start of her journey, Eva B explained her family refused her for RAP. She said in an interview that one of her cousins supported her. Moreover, Now everyone knows what she is capable of. She came from the Liyari district of Karachi. Her family allowed her to do RAP under one condition, to do a veil. Eva B came from the Baloch community so she accepted and started following her dreams.

Gingger Shankar has shown precious expression over the success of ‘ROZI.’ She exclaims that she has been a Marvel fan. However, It shocked her that this dream of her came true with the Pakistani Female Veil Rapper Eva B.

Shankar also expressed her excitement. “The track is done in Urdu, which for a mainstream Marvel series to do is fantastic.”

“I’ve always been a fan of Marvel, but if you had told me five years ago that we would be doing an Urdu hip hop track with Pakistani and Indian influences for a Pakistani female superhero. I wouldn’t have believed it!” she added.