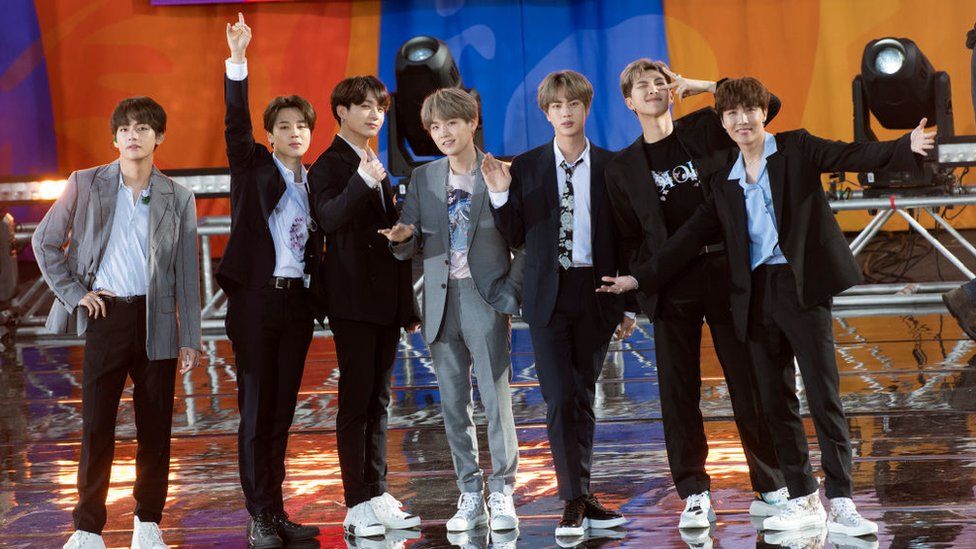 Fans are devastated after the extended hiatus of BTS group. Started in 2013, now members are “exhausted” and “clueless” about their future. They announced the decision on their live anniversary dinner stream “FESTA”.

BTS is the famous seven-boys group also known as The Bangtan Boys. They are from South Korea that debuted in 2013 worldwide. Millions of people are their fans, they even call themselves “BTS Army”. Their famous numbers are Butter, Dynamite and Coldplay sponsored by My Universe. In past 10 years they made hundreds thousands of enthusiastic fans worldwide. They all are of age of 22 to 28. Their unique sense of style and singing chemistry is the main spark that keeps them in limelight.

They took a break from a band in 2019, then in December 2021. Seeing the love and dedication of fans, they always come back together. But in the latest live stream where they celebrated their anniversary with each other. They all announced that they are taking an indefinite hiatus from the band. This live streamed dinner was names Festa to celebrate their friendship all these years.

During the hour-long dinner that saw the members drink, joke, and reflect on their history together, they said they were working on recording solo projects. However band member Jimin explained they’re still trying to find their identity.

“I think that’s why we’re going through a rough patch right now, we’re trying to find our identity and that’s an exhausting and long process.”

Member RM, 27, said that after the Grammy-nominated BTS’ last few singles he “didn’t know what kind of group we were anymore,” Furthermore, he says that now the group is not giving them time to mature and explore themselves. In the live stream they all shared their favorite moments of last 10 glorious years.

Meanwhile, fans are heartbroken after this announcement. Some are expecting that they will get back soon, meanwhile, others are wishing them all the best and sending blessings for their upcoming future.