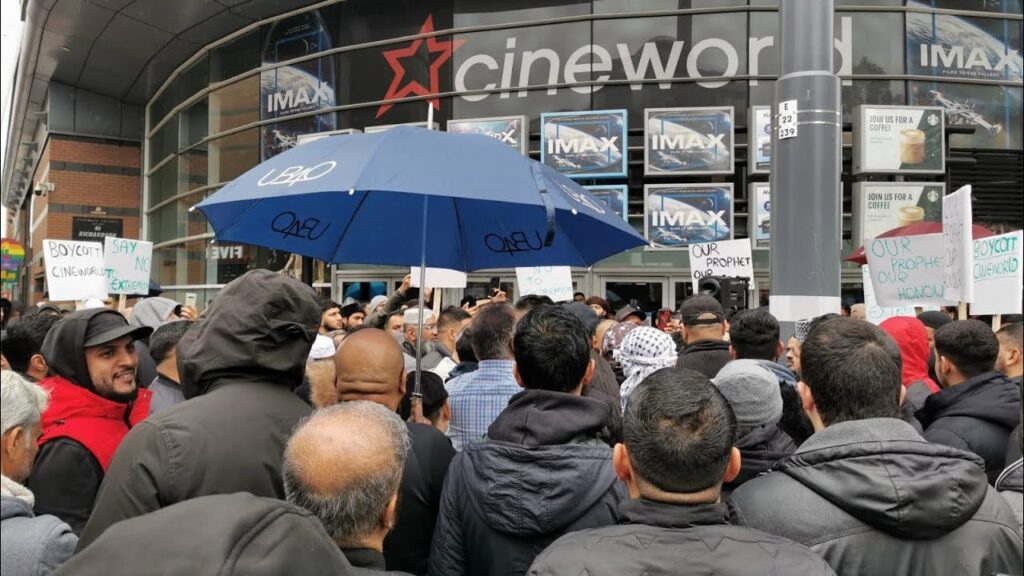 A UK film chain has dropped all screenings of a “blasphemous” film about the daughter of the Prophet Muhammad (SAW). The decision was taken after branches were protested by Muslim activists. Cineworld said it took the choice to drop all appearances of The Lady of Heaven. This was to “guarantee the security of our staff and clients”. However, The removal was commended by the people of the House of Lords. They referred it to as being “damaging for human expression, dangerous with the expectation of freedom talk”. In any case, this isn’t the first attempt to attack the holiness of Prophet Muhammad (SAW). Extreme Right Activists and Socialists have participated in making such muddled and disrespectful substances which fuels aggression among the Muslims.
The makers guarded the right of the protestors to communicate their disapproval. However, it was “silly” and against British cultural values, for the film to be pulled totally. Woman of Heaven released last Friday in the UK. It is the first film to put the “face” of the prophet Muhammad (SAW) on screen. Though, the matter is still to be chose by the authorize government whether to drop the film or to limit it to the crowd or not. Resistance groups and social activists oppose the choice of dropping the shows for the sake of the right to speak freely.

Moreover, the seat of the Bolton Council of Mosques had encouraged the wiping out of the screening. They said that the film “supported with a terrorist belief system and is blasphemous in nature to the Muslim”. In excess of 117,000 individuals marked a request to attempt to get this eliminated from all UK films.
Cineworld canceled the screening of the film in places such as Bradford, Birmingham, Bolton, London (Ilford and O2 Greenwich), Glasgow Silverburn, Milton Keynes, Sheffield, and Wolverhampton. The 5Pillars audit of the film said: “Woman of Heaven: unadulterated, pure partisan rottenness.” Its commentator whined that the film looked at three of the prophet’s dearest friends to Isis.