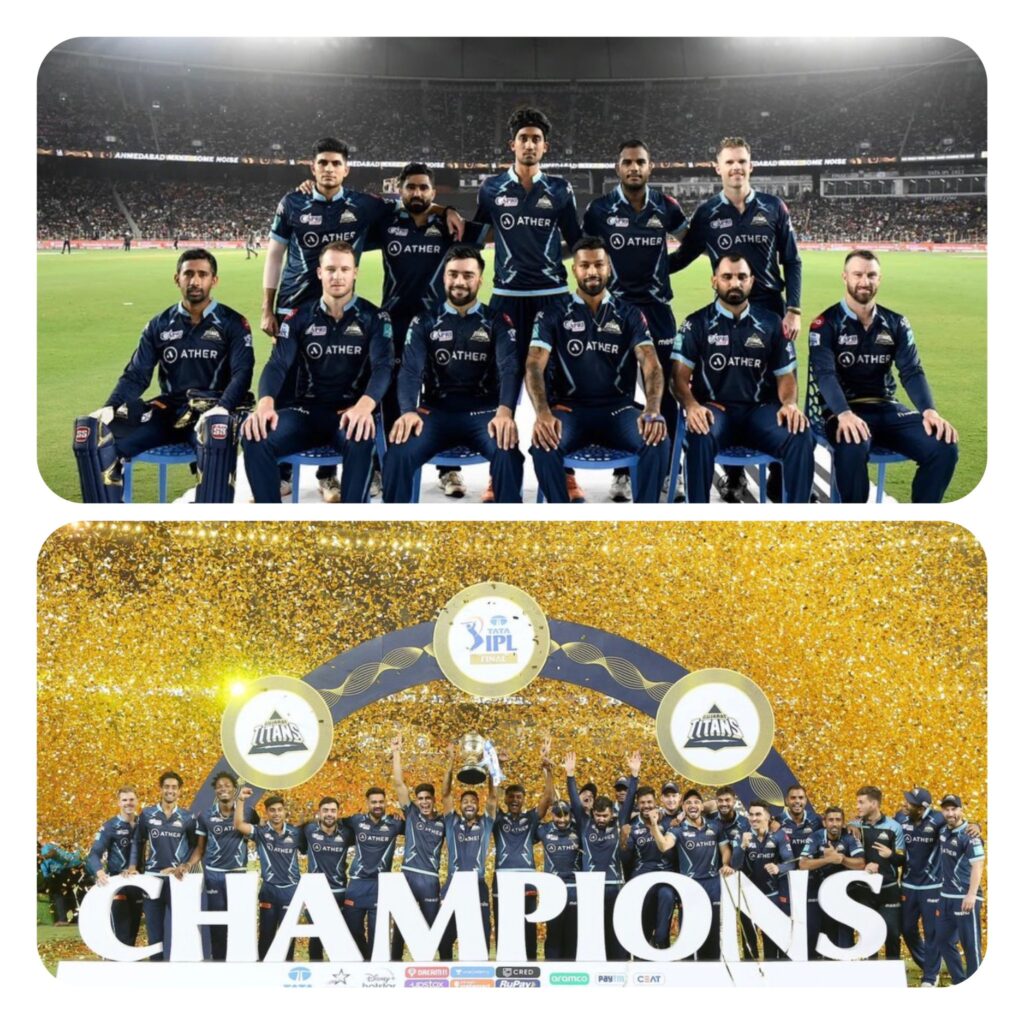 A new addition to the high-profile cricket league won the final. Captain Hardik Panday says “I wanted to show what I have worked hard for, and today was the day.” Gujarat Titans beats Rajasthan Royals to claim the cup.

The glamorous and colorful event of the Indian Premier League (IPL 2022) came to an end. This year a debutant team created a history. A brand new team Gujarat Titans wins the final cup of the tournament. When the tournament started, nobody guessed that this newborn team can outclass all the old and experienced teams.

Hardik Panday is the captain of victorious team. Panday is kind of unfortunate player when it comes to win finals. Whether its a final against Bangladesh, or CTC final against Pakistan or Worldcup final against New Zealand. Despite of good performance and numbers. He failed to achieve the ultimate winning cup. But this time he breaks the losing streak with an amazing victory against Rajasthan Royals.

The match was in the capital of Gujrat, Ahmedabad. There were 100,000 spectators to witness this historic moment. Rajasthan Royals won the toss and opted for batting. It was a good decision looking at the pitch and team combination. But Titans would not let them play peacefully. However, they managed to post 130 in 20 overs.

Then Gujarat Titans came for batting. They managed to chase the score fearlessly. Hardik Panday’s 32 scores help a lot to lift that winning cup. It was Hardik, though, who put the Titans’ chase on track when he struck three boundaries in seven balls after being on 11 off 17 balls. Rashid Khan was the star bowler of Titans throughout the tournament. He managed to get 19 wickets in the tournament. He was declared a man of the match and man of the tournament as well.

This is the year for Rashid Khan’s teams. First Lahore Qalandars in PSL 2022 and now Gujarat Titans in IPL for a big win of IPL 2022. This win proves that experience and big names don’t need to win big tournaments. Sometimes hard work and dedication pay off well.