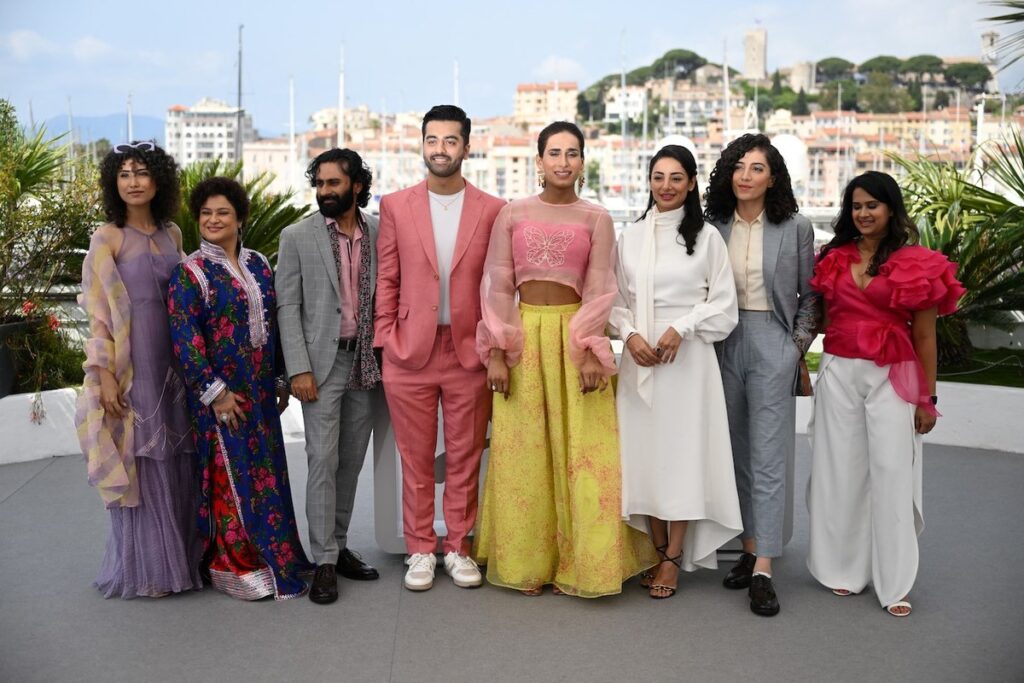 The world saw Pakistan in the ongoing Festival of De Cannes 2022 in France. Our movie “Joyland” gets a special screening at the event. It also gets a standing ovation from the jury as well as the spectators.

75th Festival De Cannes is happening right now in France. It starts on the 17th of May and it will end on the 28th of May. This year Pakistan is proud of its entertainment industry. Since a Pakistani movie is short-listed in the “Uncertain regard” category. This is the second most important category in the festival. Saim Sadiq‘s movie “Joyland” premiered here and gets special feedback in Cannes 2022.

Speaking about the honor, Saim said, “I hope it [Joyland] generates positivity and good debate at home in Pakistan and around the world because a lot of very passionate people have put a lot of heart and soul into this film.”

This movie revolves around all the Asian society norms about having a son or daughter. Whereas, if anyone wants to change the society or has different preferences, how a traditional Asian family acts. This movie is unconventional and quite controversial considering our traditions. A love saga with trans woman or having daughters consecutively, both harsh and bold topics are discussed beautifully in this movie.

Also See: Abrar ul Haq is all set to claim his right over stolen song

The whole cast reached France to attend the special screening of the movie. Everyone is swooning with joy and excitement. They represented Pakistan and its culture through their traditional yet glamorous outfits. Moreover, they make sure that their appearance and attitude are all Cannes appropriate. The diva Sarwat Gillani wore a beautiful ensemble by Elan and all major designers. All the cast of the movie bowed down when they get a special standing ovation from the jury and spectators.