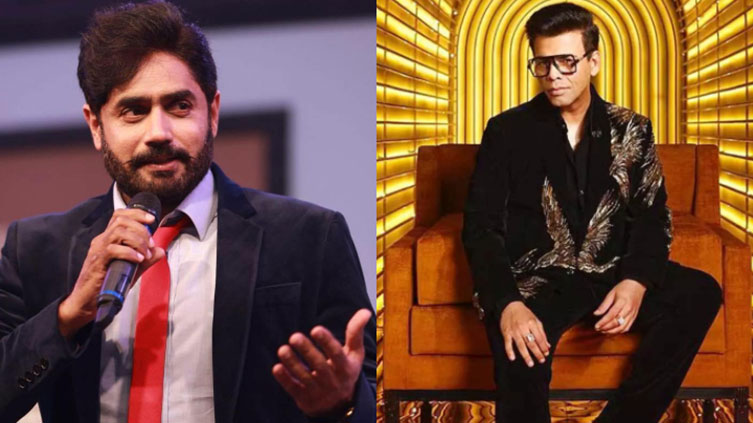 The veteran singer is furious after his hit song “Nach Punjaban” get stolen by Karan Johar. Abrar ul Haq is hinting about the lawsuit in the production house. Fans are also furious after watching a trailer of the movie.

Abrar ul Haq needs no introduction in the music world. Recently Karan Johar’s production house releases a trailer of his upcoming movie “Jug Jugg Jeeyo”. After watching that 3-minute long trailer fans noticed something unusual and disturbing. Karan johar blatantly copied the 2002‘s famous song Nach Punjaban by Abrar ul Haq ,for his movie without acquiring legal rights. However, The original singer is furious about this shameless act by the famous movie director. He is thinking to start a legal war in this regard.

Singer also claims that it is not the first time his song is stolen. Fans and netizens are accusing the production house of plagiarism and theft. Whereas, It seems Bollywood does not have creative music directors anymore. They have to copy or steal from neighboring countries for quality content. a few days ago Hadiq Kiyani’s “Boohay Baariyan” was also copied by Kanika Kapoor. Hadiqa is also suing the music director for theft.

In defense the production house and music department is also taking their stance strong. Moreover, T-Series has issued a statement addressing the matter on its social media handles. Snubbing Abrar’s claims, it has assured, “T-Series has legally acquired the rights to adapt the Abrar ul Haq ‘s Nach Punjaban from the album Nach Punjaban released on iTunes on 1st January, 2002. And is also available on Lollywood Classics’ YouTube channel, owned and operated by 1 Moviebox Records Label. For the film Jug Jugg Jeeyo produced by Dharma Movies. All due credits shall include across all platforms when song released.”

Cast and crew of the movie are quite and they are not giving any statement regarding this matter. Movie is about to hit cinemas soon. This matter put a question mark on quality of Indian Music Industry. If they lose the lawsuit on the song, they will also lose a big part of revenue as well. This is not the first time Indians have copied our content. But this time netizens from both countries wants this practice to stop.