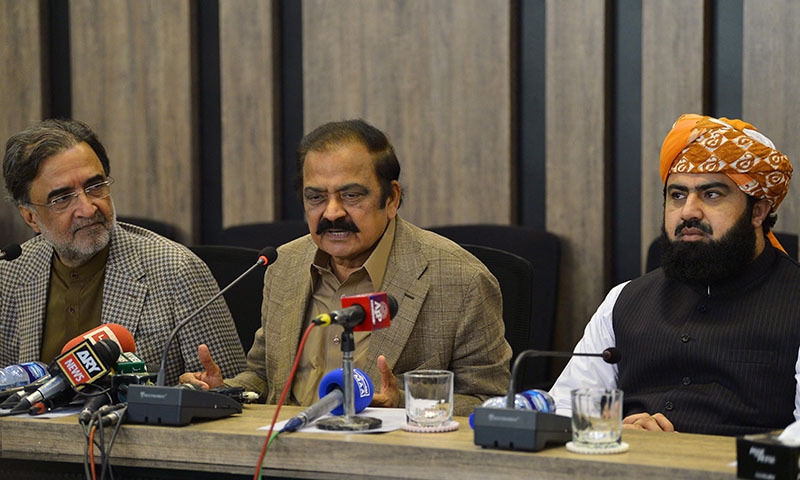 On Tuesday, Rana Sanaullah, the interior minister, said that the federal cabinet has decided not to allow the PTI’s long march to the capital to take place on May 25, 2022. According to him, the government would not allow the PTI to spread “chaos and disorder” in the name of the Azadi March. “We will stop them so they cannot spread their false agenda.”

A police constable killed by these people (PTI) in Lahore. They have moved from abuse to bullets.”

Last night, Constable Kamal Ahmad was killed during a police raid in Model Town, Lahore. Ministers from the federal government and the PTI have traded accusations over who is responsible.

Moreover, Over 1,000 PTI workers and leaders were arrested in a crackdown intended to thwart. The party’s plans for a massive power show in Islamabad.

The Punjab government sought the deployment of Rangers in order to maintain law and order in Lahore. The twin cities of Rawalpindi and Islamabad, Karachi, and other major cities in the country.

All entry and exit points leading towards Islamabad have been closed with heavy deployments of police and containers. Which have sealed off the federal capital from the rest of the country.

Officials in Islamabad reported that the government has agreed to allow the PTI marchers into Islamabad or intercept them at entry points.

Also See: The long march is a test for neutrals and judges

Imran Khan on Tuesday condemned the crackdown on party workers. Particularly in Punjab, to prevent them from participating in the long march.

“We will reach Islamabad at all costs and stay there until the National Assembly dissolved. And the date for free and fair elections in Pakistan announced”. He told reporters on Sunday at the Chief Minister’s House in Islamabad.

He gave the example of the Afghan people (Taliban), who fought against foreign powers, forcing them to flee the country.

Moreover, People urged to break the chains of fear and come out in support of a “real azadi” (freedom).

Since last Friday, Imran Khan and the PTI Central leadership have been in Peshawar to devise a strategy against the government and mobilize the party workers for the Azadi March,