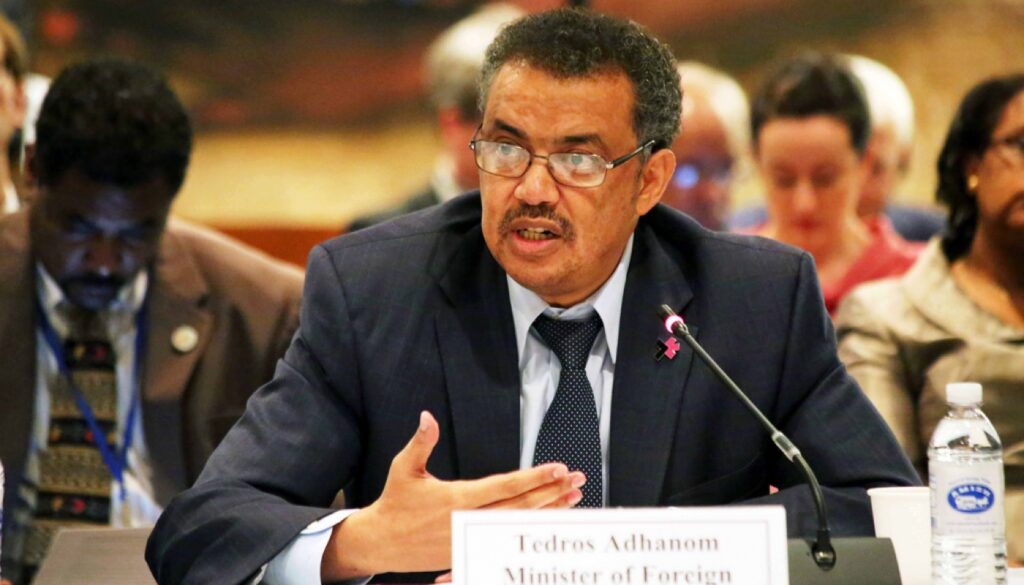 Africa’s heath activist from Ethiopia has set another example for the world. Dr. Tedros Adhanom was elected as Director General chief of WHO for the second term. The official announcement will be announced in august 2022.

There are very few people who can make a difference in the world. One of them is Dr. Tedros Adhanom Ghebreyesus, a health minister of Ethiopia, Africa. He joined World Health Organization (WHO) to achieve bigger goals and benefits for his area. He is serving for an amazing tenure as a Director-General in 2017. After serving 5 years of service in such a high position. Now he is again elect as director-general in 2022 for the second term. This is the biggest achievement for a man who comes from such a remote area of the world. Now First African health activist will lead World Health Organization till 2027. He won the position unopposed.

Dr. Tedros is globally famous as a health scholar, advocate, and diplomat with first-hand experience in research, operations, and leadership in emergency responses. He creates 3500 health centers and 16,000 health posts; expanded the health workforce by 38,000 health extension workers in Ethiopia. Dr, Tedros is very keen to provide better health facilities to all the locations that are suffering. He even made enough efforts to cope with Covid-19 effectively.

A little about Chief WHO

In his first years at World Health Organization (WHO), Tedros demonstrated an ability to persuade authoritarian governments to share information on outbreaks, helping advance international public health relations. He praised authoritarian leaders who made progress toward more effective disease control. His tendency to seemingly ignore the deprivation and harm that those governments inflicted on their citizens was a source of controversy.

Throughout his career, Dr. Tedros has published numerous articles in prominent scientific journals and received awards and recognition from across the globe. He received the Decoration of the Order of Serbian Flag in 2016 and the Jimmy and Rosalynn Carter Humanitarian Award in recognition of his contributions to the field of public health in 2011. We hope in his new tenure, Dr. Tedros will take more efforts in less privileged areas.