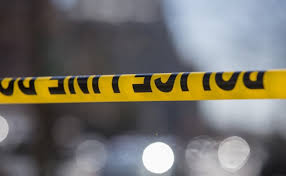 Karachi: According to local media reports, An explosion occurred in the Saddar, Karachi market area late Thursday night, killing one person and injuring 13 others.

Three Chinese nationals were among the victims of a suicide bombing carried out by a Pakistani separatist group two weeks earlier in the capital city.

During the night of Thursday, an explosion occurred in the Saddar, Karachi Commercial Area.

BDS had stated that the bomb was made locally and about 2 to 2.5 kilograms of explosive material were used in the making of it.

According to local police station house officer Sajjad Khan. The explosive material was placed on a motorcycle parked close to a trash bin.

There was no immediate word on the target of the attack.

Khan said several coast guard vehicles were damaged in the blast. But no one was killed, and the one fatality was a “passerby”.

There was an attack on a minibus carrying staff from a Beijing cultural program at Karachi University. The suicide bomber was a female. It resulted in the deaths of four people, including three Chinese nationals.

It was claimed that the blast was caused by a separatist group based in southwestern Baluchistan province near the borders with Afghanistan and Iran. Called the Baloch Liberation Army (BLA).

The China-Pakistan Economic Corridor is a $54 billion scheme through which massive energy and infrastructure investments have been made in Baluchistan.

Although the program has been hailed by Chinese citizens. It has also drawn the ire of the Baloch separatists. Who says local residents do not receive a fair share of the wealth derived from the region’s natural resources.

Moreover, It was carried out by an outlawed insurgent group known as the Baluchistan Liberation Army (BLA).

BLA militants have been carrying out insurgent attacks against Pakistani security forces in Baluchistan’s southwestern province. But they have recently expanded these operations to Karachi, Pakistan’s commercial hub.