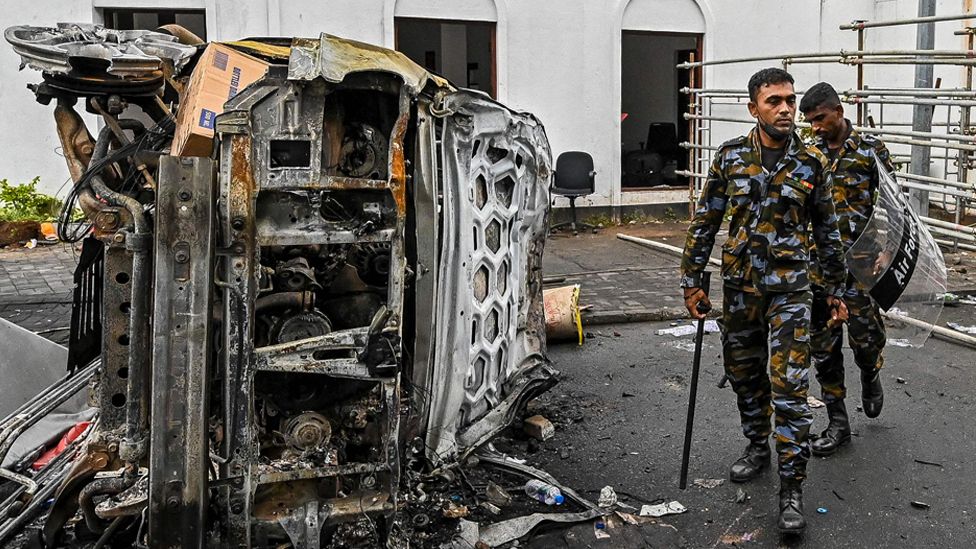 A group of anti-government protestors has set ablaze the ancestral home of the Rajapaksa family in Hambantota, hours after Mahinda Rajapaksa, the patriarch of the strong clan, resigned as prime minister.

In Kurunegala, protestors also burnt down Prime Minister Mahinda’s house, while a mob targeted the D. A. Rajapaksa Memorial in Medamulana, Hambantota, erected in memory of Mahinda’s father.

According to Sri Lankan media reports, a fire also broke out near the back gate of Temple Trees. The official residence of the Sri Lankan Prime Minister.

Police have called in water cannons, but protesters are attacking the vehicles, according to the report.

In addition, protesters attacked and set on fire the residence of parliamentarian Tissa Kuttiarachch from Badulla District.

There was a curfew in Colombo after protesters and supporters of Mahinda Rajapaksa clashed violently.

Death and injuries of people

More than 150 people injured in the violence, in Colombo. Three people also killed including a politician of ruling party.

Since last month, protests have taken place over soaring prices and power outages. Since gaining independence from Britain in 1948, Sri Lanka has been experiencing its worst economic crisis.

Unconfirmed reports claimed that Mahinda Rajapaksa had fled to Trincomalee Naval Base with family members after escaping from his Colombo residence sparked protests in the northeast.

Reports indicated that more than 50 houses of politicians burned overnight. The crowds remain outside the office of Mahinda’s brother, Gotabaya Rajapaksa, demanding his resignation.