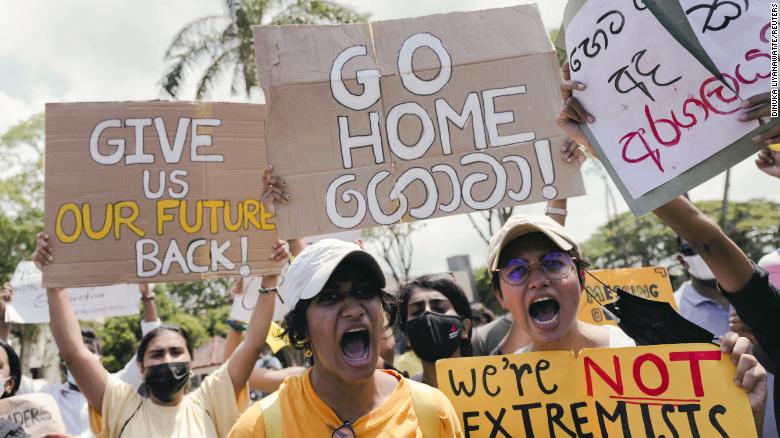 On Thursday, protesters stormed President Gotabaya Rajapaksa‘s private residence in Colombo and clashed with law enforcement. Despite the president’s statement that the move was made “in the interest of public safety,” emergency rules severely restrict civil rights and give sweeping powers to the state to detain citizens. Sri Lanka’s economic meltdown appears to be caused by several factors.

This includes the 2019 Easter bombing, global travel restrictions due to COVID-19, and the blow to the island’s tourism-dependent economy. In addition to these factors, public anger is also directed toward the Rajapaksa family. Due to their apparent mismanagement of the economy and their government dominance.

The president, prime minister, irrigation, finance, and finance ministers are all brothers, while the president’s nephew is the sports minister, which has added to the public’s criticism of the Rajapaksa clan.

Sri Lanka should be able to end this crisis and restore semblances of economic stability and order. If not managed, the problem can serve as a warning to other states about rising fiscal challenges. It has the potential to cause more significant civil unrest. Furthermore, the Sri Lankan crisis is a cautionary tale against the dynastic rule.

The public is entitled to question such behavior when one family dominates the government. And there is little transparency, especially when the breadlines continue to grow. Essentials are not accessible to the population. Restoration of order is essential, but the Sri Lankan government must also build public confidence and unveil a plan for economic stability. The international community does whatever it can to help the island overcome the crisis.