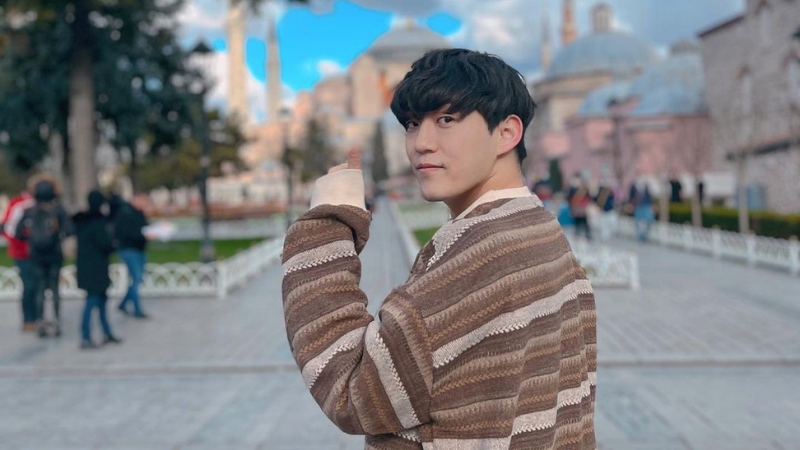 Korean YouTuber Daud Kim posted in his story that he has arrived in Lahore, Pakistan. He performed Umrah and now everyone is waiting for what he is up to now. He shocked everyone when accepted Islam as his religion a few years ago.

Korean Youtuber Daud Kim converted to Islam 3 years ago. His fan following around the world got shocked when came to know about this. He arrived in Lahore, Pakistan after his visit to Saudia for Umrah. He took his Instagram story to announce this. It seems that he is having a pretty good time in Lahore because the Instagram stories he is putting are showing people in Lahore are quite kind to him.

He wrote in his story that it took 2 hours to get the ticket but Alhamdulillah (thankful to Allah Almighty) that he is going to Lahore. He expresses his gratitude along with the heart and emojis of the Pakistan flag.

Surprisingly, it was not a pre-planned tour of Daud Kim to Lahore, Pakistan. But the way Daud is putting his stories about the love of this country shows something is happening in his mind. In another story, Kim shared a photo of himself and wrote in Urdu, “*Mera intezar karo. Mujhe tumse pyar hai Pakistan** [Wait for me, I love you Pakistan]”.

It is noted that , KSA allowed Umrah and Hajj for all nationalities after it has been baned due to COVID-19. While performing Umrah in Saudia, Kim didn’t share any sort of stories regarding his visit to Pakistan. He was simply putting stories related to religion. However, who knows Kim was giving a surprise to his fans in Pakistan.

Seated in the plane, Kim also took a photo of his traveling fit that included a Kakao friend’s peach AirPod case, a light grey colored thobe (a long-sleeved and ankle-length robe) with white slippers. He wrote in this story on his Instagram that, “Chalo Pakistan Chalty hein” which means, “Let’s go to Pakistan.” One of the shocks Youtuber Daud Kim has given to his Fans in Pakistan is he is writing Urdu in his stories which is the national language of Pakistan.

The YouTuber has 3.38 million followers and resides in South Korea. We wonder what’s on his itinerary and whether he’ll be making videos during his trip to Pakistan. Lastly, he wrote that he has always loved Pakistan and asked for food recommendations from his followers.