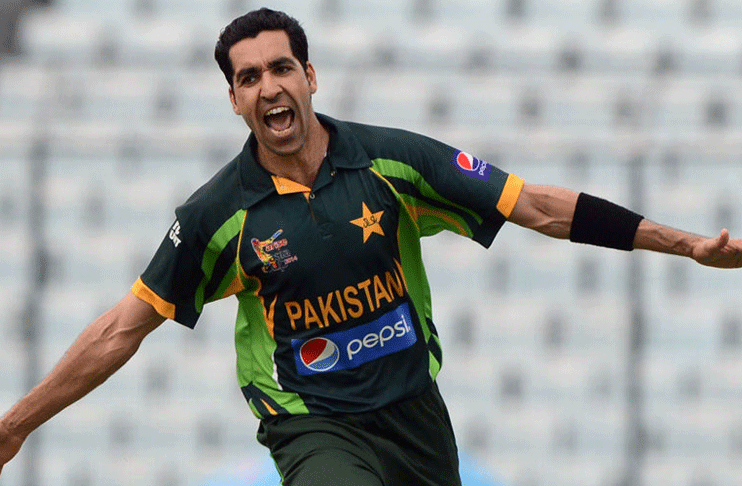 Former Pakistani Pacer, Umar Gul was appointed by the Afghanistan Cricket Board to coach their bowling unit. Afghanistan bowling unit is excited to get trained under the successful pacer of his era.

Afghanistan Cricket Board (ACB) appoint Umar Gul as a bowling coach for 3 weeks. ACB confirmed, that if they get satisfaction, they will go for an extension surely. Umar Gul is a former Pakistan bowler. He was a fast bowler. He has played world cups for Pakistan. In the bowling unit, Umer Gul always played an important role. Many of the giants of cricket explain his supremacy and swing. He was born in the Northern Area of Peshawar, Pakistan.

ACB also hired him as a consultant. He will look forward to the betterment of the bowling unit. The pacer took 427 wickets in 237 Matches only. These amazing statistics of the Umar Gul attracted the bowling unit of the board of ACB. He played 13 years for Pakistan Cricket Team. The 37-year-old has experience in coaching with Quetta Gladiators (PSL) and Galle Gladiators (in LPL).

Umar Gul came to an agreement to join the team in Dubai on April 4. He also played in IPL for Kolkatta Knight Riders. He is very excited to join the international side as the bowling coach.

“After coaching at PSL, KPL, LPL and domestic level, it is a pleasure to be associated with an international team. I will try my best to help the Afghan bowlers with my experience,” Gul was quoted as saying by Cricket Pakistan.

Honored to be a bowling coach of the Afghanistan Cricket Team: Umar Gul

As per the agreement between the Pakistan coach and the Afghanistan Cricket Board (ACB). Initially, ACB will observe the 37-year-old pacer as a Coach. Once Umar Gul will complete his period, The board might offer him an extension.

He is feeling honored to get this offer. However his extension is yet not confirm. Still, the pacer is excited about his first international coaching unit. He is confident that he will put the knowledge into the boys of the Afghanistan Cricket team. He is sure that even if the extension is not made he will still make these 3 weeks worthy.

Just after his retirement from all forms of the game in late 2020, Gul immediately joined Quetta Gladiators as their bowling coach.

“I think it is a role (coaching) that requires a different kind of expertise [to playing]. It’s a different ball game and we ex-cricketers overestimate ourselves on the basis of the cricket we played and think that we can easily take up coaching as a career straight away,” Gul told ESPNcricinfo in an interview.

“It requires grooming, experience, and ideally if you come through working with a younger lot [of players] it’s easy for you to grow. It’s a difficult process but [worth it] if you want to go global and are not just looking for small gigs,” Umar Gul added.

The Afghanistan Cricket team is looking forward to the betterment of their bowling side. The team is one of the fastest emerging teams. They surpass the team Bangladesh in the T20I World Cup. Even though, Bangladesh Cricket Team is playing internationally for a very long time. The steady and fastest emerging team of ACB is looking for new heights of success with the coaching of the successful pacer of his era, Umar Gul.