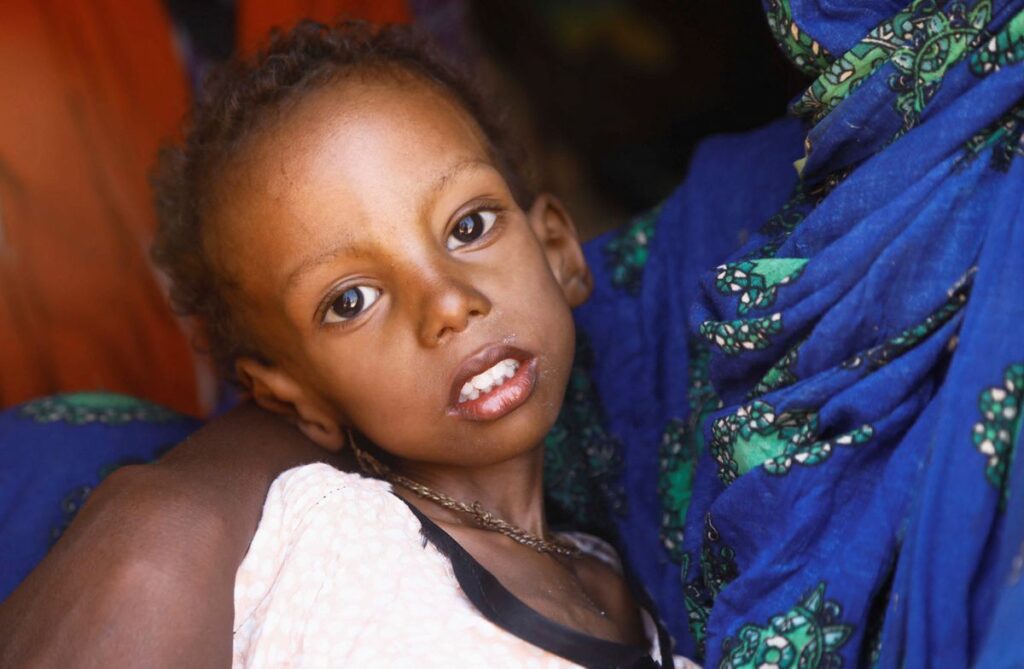 According to the UN, Somalia’s current worst drought puts the lives of half the country’s 6 million people at risk. Despite intensified efforts, aid agencies say that more support is urgently needed. Early this week, Muse walked for three days to reach this wind-swept camp 13kms south of Somalia’s capital. She left behind her other three children and their father.

Local villagers set up the Garasbaley camp to help the desperate. But they are waiting for an international organization to provide food.

Muse has no food at the camp. She has no money to buy transportation, so she prepares to hike another day to Mogadishu to help her son. She is desperate to save him again after he survived the 2011 drought in Somalia. That killed roughly a quarter of a million people.

6 million people are at risk during Somalia’s Worst Drought

According to the UN, Somalia’s current worst drought puts the lives of half the country’s 6 million people at risk. Despite of intensified efforts, aid agencies saying that more support is urgently needed. According to United Nations, South Sudan, northeastern Nigeria, and Yemen have also experienced similar hunger crises. This hunger crises is making this the largest humanitarian crisis in more than 70 years.

Over a quarter-century of conflict, Somalia has a diaspora of 2 million people that the crisis has uprooted.

Moreover, International aid agencies distribute food to families affected by the drought by moving them to distribution points. Food cannot be distributed in areas controlled by al-Shabab, Somalia’s homegrown Islamic extremist rebels affiliated with Al Qaeda. Somalia’s fragile government struggles to assert itself beyond the capital and a few other areas despite its fragile state.

According to the UN refugee agency, approximately 257,000 people in this Horn of Africa nation have been internally displaced by the drought between November and by the end of February. Some have moved into urban areas, and others have gone into neighboring countries.