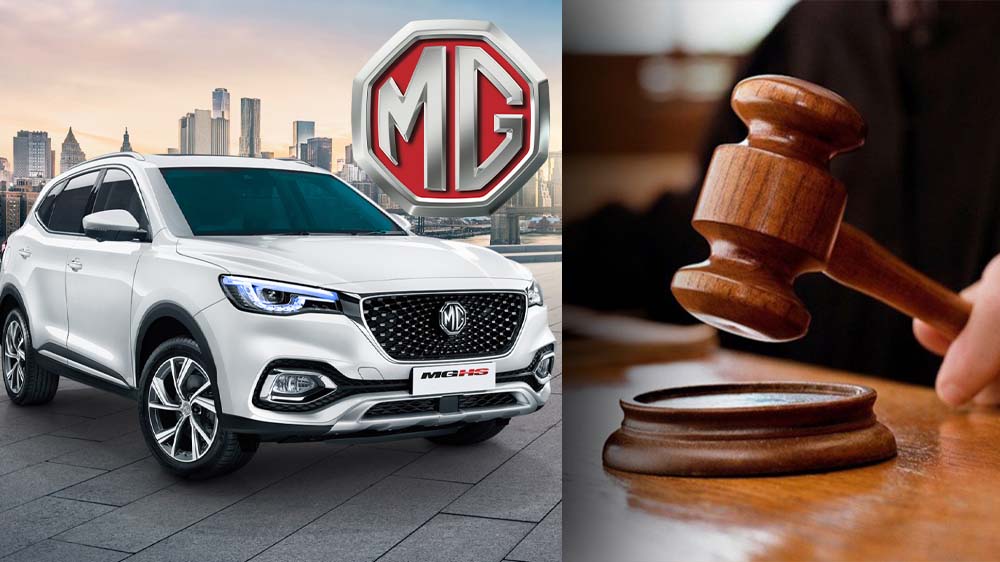 A consumer court has fined MG Motors Pakistan to pay the compensation of 5 Lac to the customer. The customer has ordered an MG vehicle in Karachi and due to a delay in time now MG motors have to pay a huge amount of compensation.

Arsalan Riaz is the name of the customer. Under section 32 of the SCPA 2014 compensation and damages for “mental agony” are specified to the customer. Judge Javed Ali Korejo of the Consumer Protection Court (East) has asked MG motors to pay this compensation. Things didn’t end there. He has also fined the company of 50,000Pkr to give faulty services under section 33(1) of the Sindh Consumer Protection Act, 2014.

The court has notified the car company that its noncompliance will result in “Imprisonment for a term not less than one month. It may extend to three years, or with fine, not less than Rs. 50,000 or both as per Section 33(2) of the SCPA, 2014”.

The counsel of the customer named Riaz was Advocate Rajesh Ambani. He had stated that his client had ordered an MG HS Exclusive Trophy Grade vehicle on 11 June 2021. However, the company agreed upon the agreement that the vehicle would be delivered in October 2021. Riaz also has given a pay order of 2 Million to the company. The total amount of the vehicle was 5,763,000Pkr. The agreement stated that after the first and final payments were made, the vehicle would be delivered, but didn’t follow it.

Even though, A legal notice was sent to the company in November 2021. The company didn’t respond to the notice. Its representative had later appeared in court in response to a notice. He had requested that the company’s name as “defendants” be removed, which the court granted.

Also See: Tesla Autopilot is being formally investigated by the US

The judge revealed that the defendants of the company did not show up in the courtroom and not even hired an attorney. As a result of this, ex-parte proceedings were initiated. He concluded that he had to face financial losses because of this delay. One of the most important things which cause him to file a case is Agony. These are the circumstances that caused him to put a case.

The decision of the Consumer Court

Court has accepted the consumer’s argument. The matter had gone ex-parte. The consumer’s version remains unchanged. The court had to accept the petition filed by the consumer. Judge Javed Ali Korejo has ordered the MG motors Pakistan to provide the Car MG HS Exclusive Trophy Grade vehicle to the consumer within 30 days or return the principal amount and 15 percent per annum increase until the sum is collected.

Delayed deliveries are usual in Pakistan. Many car companies have to face difficulties to deliver their car in Pakistan. They take the principal amount and give assurance to the consumer that the car will be delivered but they never give assurance about timely delivery. A lot of netizens have also complained about MG motors for collecting money and delay in delivery.