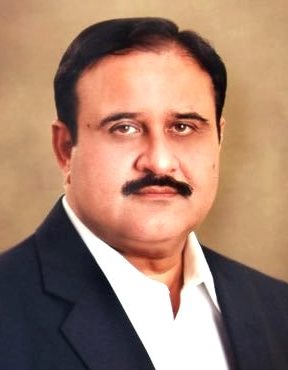 Islamabad: Chief Minister Punjab Usman Buzdar submitted his resignation to Prime Minister Imran Khan on Monday. According to reports, Ch Pervaiz Elahi will be the next CM Punjab as PM Imran Khan nominated him for the post.

Farrukh Habib; Minister of State for Information and Broadcasting, in his tweet on Monday stated that CM Usman Buzdar has presented his resignation to the PM Imran Khan after which PM Khan has nominated PML-Qs leader Ch Pervaiz Elahi as the new CM of Punjab. While Moonis Elahi has confirmed the news by saying that Pervaiz Elahi has accepted the offer.

Prior to this, Pervaiz Elahi visited Mr Khan at his resident in Bani Gala, early in the morning on Monday. Following the reports; all has been settled down in the meeting bewteen both onf them. Habib in his tweet also mentioned that PML-Qs leader expresses confidence in PM Khan while on the other hand joint Opposition submitted no-confidence motion against former CM Punjab Mr Buzdar on Monday which resulted in his resignation. PM Khan also assured Ch Pervaiz for his confidence in the Punjab Assembly.