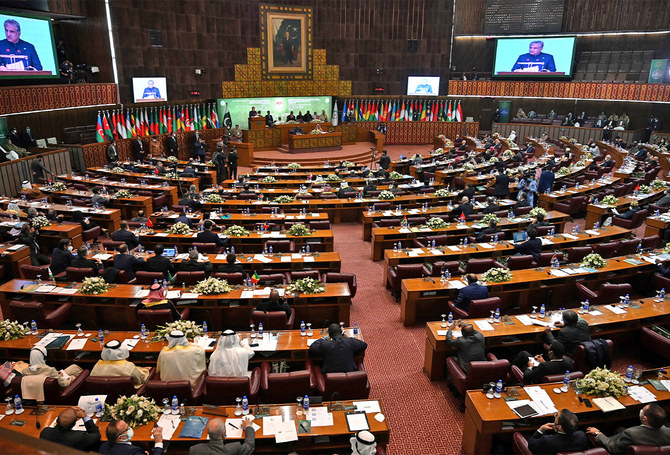 Amidst of Issues Pakistan is facing now a days. Pakistan is holding the OIC conference of Foreign Ministers on 22-23 March 2022. This will convey strong peace message to all of the world.

In the middle of the uncertainties Pakistan has to face nowadays, it is holding the OIC conference of Muslim countries in 2022. The council of the foreign ministers (CFM) started their meeting in Islamabad on Tuesday. Pakistan Prime Minister, Imran Khan is facing a no-confidence motion by the opposition.

Imran Khan’s leadership has also some looming effects on the economy of Pakistan. Inflation and Economic problems are hurting all the classes there. The 48th summit of OIC and CFM was held on 22 and 23 March 2022. It has taken under the theme of Building partnerships for Unity, Justice, and development.

The purpose of the meeting is to acknowledge the efforts of OIC in Afghanistan. As per the media reports, Pakistan is also ready to put the issue of Kashmir in front of OIC. Pakistan has also a draft resolution for adoption intending to steer its Anti-India slogan on Kashmir.

On the other hand, countries like Saudia Arabia, and UAE remained conscious about Pakistan’s agenda. Whereas, they thought that some countries are rising a voice on the issue of Kashmir to persuade their own domestic benefits. 57 OIC countries like these, is seeing India as a more beneficial and developed country. However, they don’t want to destroy their relationships with India and OIC too.

Last week India had slammed the OIC-CFM for accepting invitation to the All-Party Hurriyat conference. They warn that the OIC has to face serious problems because of this. Arindam Bagchi, Minister of foreign affairs of India has confirmed the serious actions towards OIC.

Pakistan’s Prime Minister, Imran Khan has urged the 57 members of CFM-OIC to take a stand and ask to end Russia and Ukraine conflict. The Foreign Minister of China, named,  Wang Yi, was also invited as a special guest. Imran Khan has also asked the stand of China to end this conflict between two emerging countries.

“The war in Ukraine could have great consequences for the world,” Khan warned and added that “the rest of the planet is already suffering with surging prices of oil, gas and wheat from a region known as the breadbasket of the world.” He urged the ministers to “mediate, try to bring about a ceasefire and an end to the conflict”.

“We need to prevent humanitarian disasters and prevent the spillover of the Ukrainian crisis from affecting or harming the legitimate rights and interests of other regions and countries,” he added.

Imran Khan has shown grieve for the people of Palestine and Kashmir. He wanted OIC to understand the power of the Muslim community in the world. Muslims are asking for justice, he said. Imran Khan was being sorrowful while explaining the positive stance of Muslims and didn’t get justice in return.

“We have failed both the Palestinians and the people of Kashmir. I am sad to say that we have been able to make no impact at all,” he said.

“We (Muslims) are 1.5 billion people and yet our voice to stop this blatant injustice is insignificant.” he added.

Khan has attempted to position himself on the worldwide stage, has long campaigned against growing anti-Muslim sentiment, and takes credit for the United Nations move last week to adopt an International Day to Combat Islamophobia. Will this conference address the real issues Muslims are facing and solve them…? Only time will tell.