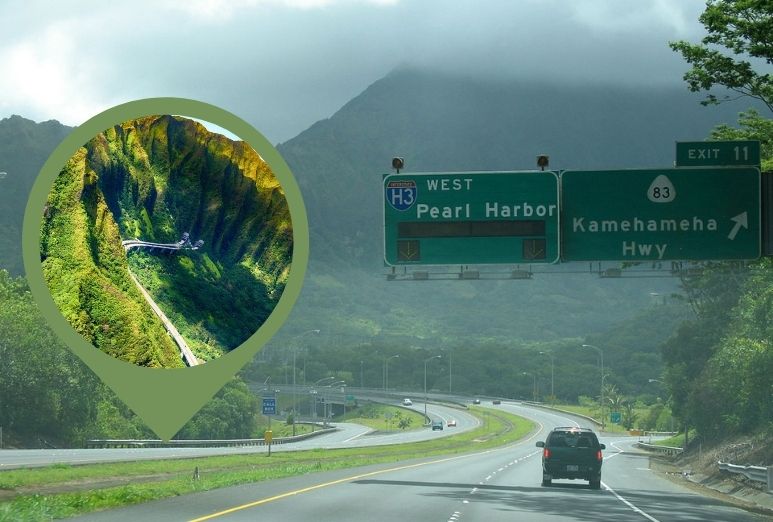 Hawaii is America’s 50th state. It is famous for its gentle trade and beauty. In Oahu, there are three “interstates,” which are H1, H2, and H3. They definitely don’t cross state lines; the H1 goes directly across downtown Honolulu on its route to the island’s southwest end. H3 extends north-south through the center, whereas H2 extends northwest. The completion of the interstate H3 highway on the island of Oahu is one of Hawaii’s achievements. The development of the highway was completed on December 12, 1997.

How can be there an interstate highway on an island?

Now the question arises how can there be an interstate highway on an island? When it was first proposed in 1960, the purpose of this island was to provide defense access. The route would link the naval installation at Pearl Harbor, on the west coast to the Marine Corps Air Station on the east coast. The term “defense” is crucial to the answer. It was at the top of President Eisenhower’s priority list when he devised what is now the Interstate system. He envisioned a system of highways that would simplify the flow of people and commerce. Also allow the rapid mobilization of goods and troops in the case of an enemy attack, motivated by the German Autobahn plan and adopting a page from his erstwhile enemy’s rulebook.

According to a Hawaii road map, Hawaii’s Interstates are located in Oahu, which is home to nearly all of the country’s major military installations. Because Oahu has been the focus of adversary attacks in the past, it’s not surprising that defense-oriented highways are needed, even if they don’t cross state or even coastal borders. The locals initially opposed the idea because they were concerned about the project’s massive urbanization.

The Interstate H3 highway is an engineering marvel. The highway goes almost entirely above through ducts to preserve the local ecosystem in the valleys below, in addition to the high-tech tunnels. Though Supporters argue that reducing traffic congestion across Honolulu and Oahu’s windward side is critical. While Critics argue that Interstate H3 highway is a “wasteful road to nowhere.” At the present time, the 60s defense considerations are no longer relevant. Their prime argument highlights that the final cost was five times more than the predicted cost. H-3 was to become a $250 million six-lane highway that would run across the Moanalua Valley. The cost of the highway was $1.3 billion. Furthermore, the majority of Native Hawaiians refuse to use the hawaii h3 to this day. During construction significant cultural sites were destroyed, so natives believe it is cursed.

The interstate H3 highway is the most beautiful highway in the world, constructed with cutting-edge technology. But at the present time, it’s no longer relevant. All in all, this is one of the most cost-effective and useless megaprojects in history.