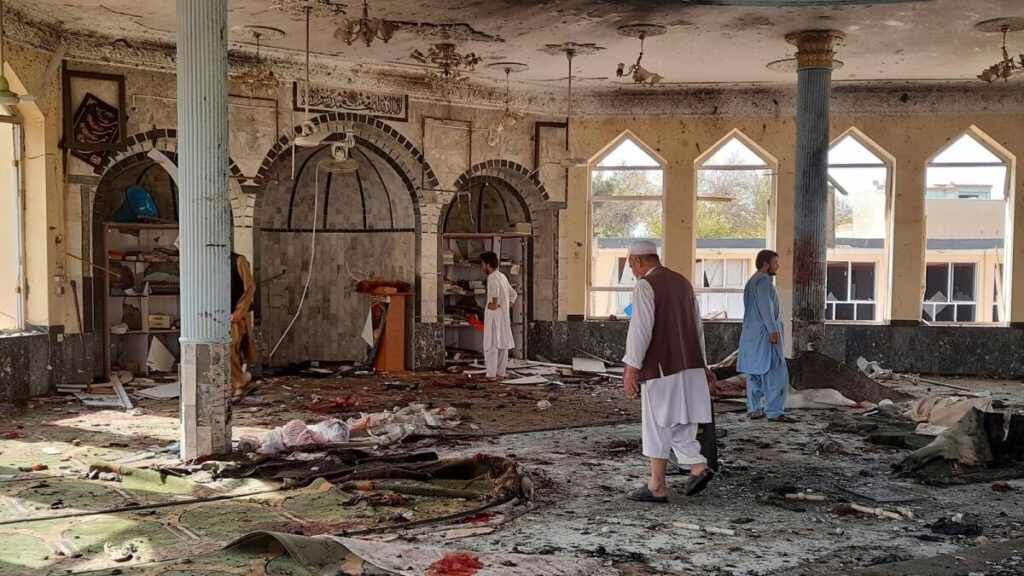 On 4 March 2022, the Khorasan Province attacked a Shia Mosque in Peshawar, Pakistan. The Peshawar attack killed at least 63 people and injured another 200.

During the late 20th and early 21st century in Pakistan, Islamist and sectarian attacks have been very common. Till the date of today, it has killed thousands of people in this country. Many major attacks occurred in Peshawar, Khyber Pakhtunkhwa. It includes market bombing in 2009, attacks on Shia Mosque and Church in 2013. Attack on Army Public School in 2014 is also included in this. Sadly, 2022 marked another dreadful event as the Peshawar attack.

56 to 60 people were initially killed and 196 people injured. Allama Arshad Hussein Khalil was also among the dead. He was the prayer leader in the mosque. Since 2018 it is the deadliest attack Pakistan has ever faced.

Victims were taken to the nearest hospital named Lady reading hospital. The 10 victims were in very critical condition. 57 victims were arriving dead. On 5 March 2022, Kharosan State has taken responsibility for this attack.

Security officials have claimed that this was an alias and identified him as Muhammad Ali Saif, a special assistant to the provincial chief minister. Officials claim that he was previously reported missing by his parents, and suspected that he has joined Islamic State-Khorasan.

The aftermath of this Attack on Pakistan

Pakistan has faced many difficulties in the past due to these sorts of bombs and terrorism. It has been difficult for Pakistan to come out of it very easily. Peshawar attacks on schools and mosques also happened in past. It always affects the integrity, economy, and emotion of Pakistan.

Peshawar has mostly natural health benefits ingredients. This attack can affect the confidence of the investors. As a result, GDP of the Pakistan will have a serious effect on it. The whole world is talking about this attack.

Internationally the image of Pakistan is not going well due to this attack. Netizens are showing concerns over the security of Australian Players after this deadliest bomb blast. This was a special occasion for cricket in Pakistan as this marked the first time in 24 years when the two nations were playing a match in the country, with the last game taking place in 1998. On learning about the attack, netizens took to social media to express their concern for the players’ security.

Pakistan and Australia have observed a minute silence over the death of Shane Warne and the Peshawar attack.

Prime Minister of Pakistan, Imran Khan has expressed deep condolences about the attack that happened in Peshawar. He expressed that he had asked the Chief Minister of KPK to visit the family of the people who were injured or died during this attack. PM has shown full confidence in the agencies and confirmed that he is monitoring the terrorism personally and the agencies will go for the terrorists who have made an environment of terror in the region.