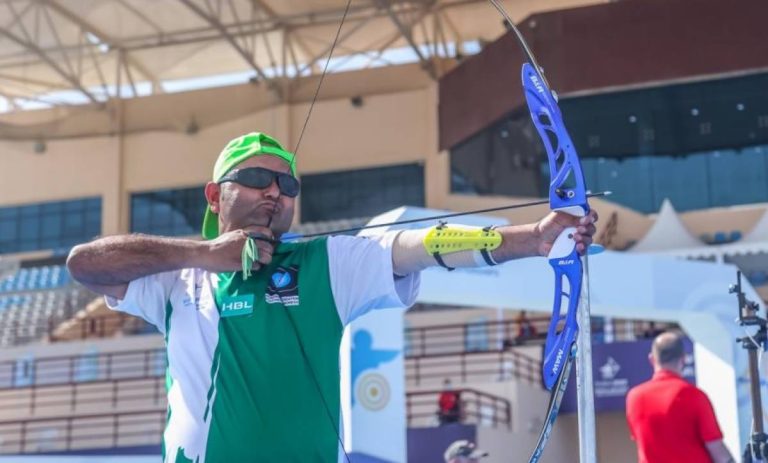 Earlier this week, Tanveer Ahmed of Pakistan won a silver medal at the World Archery Para Championships Dubai 2022. The event took place at the Dubai Club for People of Determination.

The World Archery Federal posted this on its website. Ahmad took part in world para championships outside Pakistan along with his teammate Waleed Aziz, who is also visually impaired.

According to the World Archery Foundation, the journey has just begun and there is a long way to go.

Ahmed defeated Matteo of Italy in the quarterfinal by 6-4, and Newberry of Australia in the semifinal by 6-2.

Ahmad lost 6-0 to Ruben Vanholbek in the finals of the World Archery Para Championship.

As a result of the qualification, Ahmed was seeded 7th, above junior compatriot Waleed Aziz, who fell short of the quarterfinals. However, it was a “proud moment” for both players to debut for their countries at a World Championship.

In Pakistan, there are foundations supporting visually impaired archers, such as the Pakistan Foundation Fighting Blindness, Ahmed said. The setup and training were both a lot of work at the beginning..” Occasionally, we get small grants from foundations.”

As soon as he returns home, Aziz is eager to spread the word about the sport he loves.

“Dubai 2022 has given us a great deal of exposure, and we are talking with some of the best players here, learning a lot of new techniques and tactics,” he said.

Upon returning home, we will share our experiences from here with the young players in other provinces.

In Pakistan, there are over 60 VI archers. As for the facilities, we also have a training ground where we train with the Pakistan abled body national team,” said the 38-year-old.

Waleed, who has been blind since birth, hopes their performance in Dubai will inspire many visually impaired archers in Pakistan.

Tanveer Ahmed, who is blind, was trying hard to adjust his equipment for the perfect shot in Dubai. He was aiming for the bull’s eye as coach Muhammed Ijaz stood two meters behind, updating him with each shot.