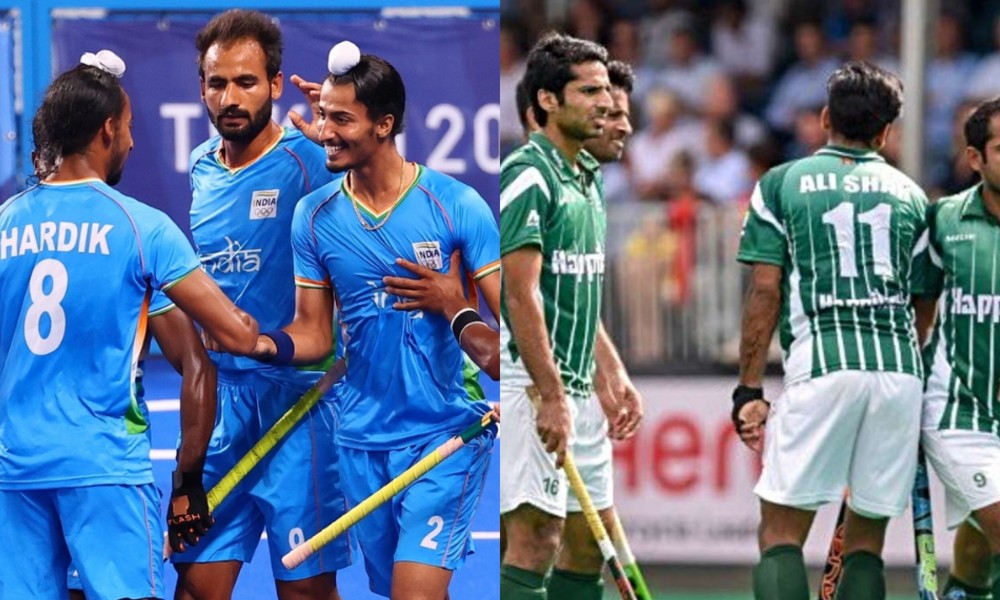 At the Men’s Hockey Asian Champions Trophy 2021 on Wednesday, India won the bronze medal with a 4-3 victory over Pakistan in the third-place match during Pakistan vs India match. Pakistan had previously been defeated 3-1 by India during the league stage of the tournament last week. This was India’s second match against Pakistan in the tournament. However, India lost 3-5 to Japan in the semifinals on Tuesday and faced Pakistan for the bronze medal. Meanwhile, Wednesday’s match was a neck-and-neck affair as it ended with a 1-1 score after halftime.

Harmanpreet Singh gave India the lead in the first minute, followed by Sumit (45), Varun Kumar (53), and Akashdeep Singh (57). Among Pakistan’s goals were Afraz (10th), Abdul Rana (33rd), and Ahmed Nadeem (57th). Earlier in the tournament, India had defeated Pakistan 3-1 in the round of 16 stages.

Hardik Pandya gets a yellow card

The Pakistani team is right back at India, with two PCs, but India’s Manpreet Singh is able to deny Pakistan with two fantastic runs. Pakistan has a long corner and can’t maintain possession. India needs just five minutes to win bronze. Pakistan may not finish in the Top 3 for the first time in the history of the Asian Champions Trophy. Hardik Pandya gets a yellow card. This leaves India with 10 men in the match.

With four Hockey World Cup titles ( 1971, 1978, 1982, 1994), Pakistan is one of the most successful national field hockey teams in the world. With 53 victories and seven draws in 84 games, six final appearances, and only 24 losses, Pakistan also has the best overall performance in World Cup history. The Pakistani national team has played at every edition of the FIH World Cup except for 2014. With eight gold medals, the green shirts are one of the most successful national teams in Asian Games history. They have won first place the most times of any nation, and have also won the Champions Trophy with three titles: 1978, 1980, and 1994.