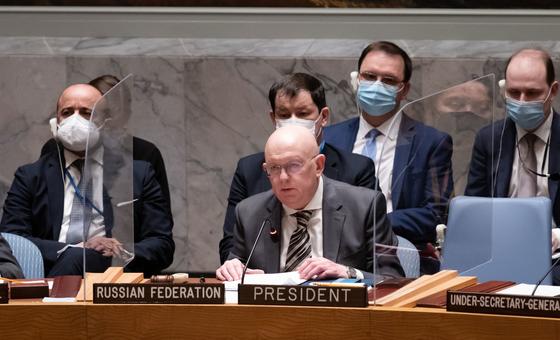 On Friday, Volodymyr Zelenskyy, the Ukraine president, urged Vladimir Putin to return to the negotiating table “to stop the deaths.”

“I urge the President of Russia to sit down at the negotiating table to end the deaths,” Zelenskyy said in a video message posted on social media.

Furthermore, he urged the Ukrainian Armed Forces to “stay strong because all we have is you. You are the only thing that can protect our state.” Live long, Ukraine.”

The Russian invasion of Ukraine is more than just an invasion. It is the beginning of a war against Europe,” the Ukrainian president said.

In addition, he reacted to the European stance, saying that while they are aware of the situation in Ukraine, “we do not believe you (Europe) will do anything.”

A decade ago, the country annexed Ukraine’s southern Crimea peninsula and backed a bloody revolt in eastern Donbas.

Meanwhile, Moscow accuses Kyiv of failing to implement an international agreement to restore peace in the east. At least 14,000 people have been killed and rebels backed by the Kremlin control vast swathes of territory.

Volodymyr Zelensky, however, warned on Tuesday that an invasion by Russia would not be “a war with Russia, but a global war”.

In response to the invasion of Ukraine, Boris Johnson informed his NATO allies on Friday that he was planning “imminent” sanctions against Vladimir Putin and Sergei Lavrov.

In his opinion, granting Ukraine’s wish to join NATO could lead both NATO and Russia into a war.

As a result of war, people would lose hope in the future, Guterres said, adding that Russia’s actions would harm the global economy.

It is clear for me that this war doesn’t make sense,” Guterres said, stressing that it violates the U.N. Human Rights Charter and will cause suffering that Europe hasn’t seen since the 1990s Balkans crisis.

As a result of war, deaths and displacement will occur, and people will lose faith in the future, Guterres said, adding Russia’s actions will hurt the global economy.

In Moscow and other cities, thousands of Russians protested the invasion. A number of them signed open letters and online petitions urging the Kremlin to stop the attack. Within the day, over 330,000 people signed the petition. They made a quick decision. Some 1,745 people in 54 Russian cities were detained, at least 957 in Moscow.