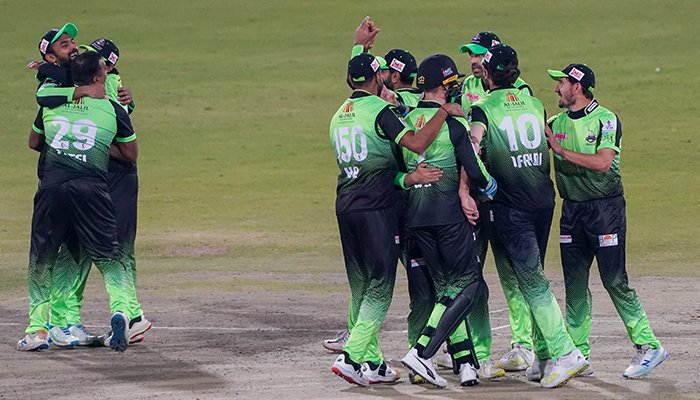 After the continuous struggle of 7 years, Lahore Qalandars won and qualified to play finals in Pakistan Super League for the second time.

David Wiese’s last over helped them to get the ultimate victory. Fans are super excited to watch their favorite team to show their actions in Sunday’s final.

Lahore Qalandars is by far the favorite team of PSL for so many reasons. But unfortunately, they failed to lift the winning trophy even once. But this year Lahore came with lots of surprises. They managed to defeat the unbeatable Multan Sultans in group matches.

They qualified for playoffs with a great run rate. In the first qualifier with Multan Sultan, they failed to get victory in the last overs. Their second do-and-die match was with Islamabad United. They played like Qalandars and now they are swooning like a Qalandars.

Fast Bowler Shaheen Shah Afridi is the captain of Lahore Qalandar this year. He is by far the luckiest captain for Qalandars. Last Night they won the toss and opted for batting. They started really well but lacked in between a bit.

Lahore Qalandars gave out a decent total of 168 with 3 wickets in hand. Abdullah Shafique scored highest runs whereas David Weise‘s 28 runs in 8 balls helped Lahore to get defendable target as well. Team of Islamabad did well in bowling and fielding departments.

Later Azam Khan and Alex Hales played really well and they almost got the match. But fate was not in favor of Islamabad yesterday. After their dismissal, batting line up fell like leaves.

See also: Agreement of Pakistan’s first football stadium to be Established in Karachi

Powerful Over by David Wiese

The best highlight of this nail-biting match was David’s last over. Where he had to defend 8 runs in 6 balls. First two balls went empty because Wasim Jr did not run or try to concede any run. Suddenly the rain started in Lahore. If rain gets vigorous and game cannot continue, according to DRS method Islamabad would have won the match. Match has not resumed due to rain.

Batsmen hit the ball with force to throw it out of the park in the third ball. Unfortunately, that landed directly into the fielder’s hand and Lahore Qalandars won the best match ever held in the history of PSL. In terms of bowling for Lahore, Haris Rauf was brilliant with figures of 2-31 in four overs, Shaheen took 2-32 in four overs, while Zaman also took two and Wiese one. The whole team took a round of ground after winning a match.

Now fans are super excited and hoping to see such a high voltage match again in the finals. The Final will be held between Multan Sultan and Lahore Qalandars on 27th February, 7’o clock sharp PST. Fans are looking for live match passes and large screening will be placed in all open cafes and restaurants. This is by far the most exciting edition of PSL for all cricket lovers.