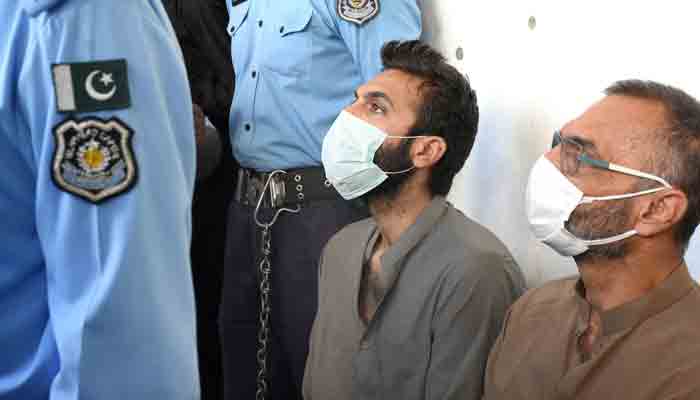 Finally, the justice has been served. Zahir Jaffer the main suspect of the brutal murder case found guilty. The court sentenced him to the death penalty along with rape charges. He has to pay 50 Million Rupees for damaging the victim’s reputation.

Today is the historic day for Pakistan Judiciary. Additional District and Sessions Judge Muhammad Atta Rabbani awarded the death penalty to the main suspect of the Noor Muqaddam Murder Case. Zahir Jaffer along with his parents Zakir Jaffer and Asmat Admajee held accountable for their horrendous acts. Today in Islamabad court this verdict announced in front of all media and personnel. It was closed two days prior its announcement.

Zahir has awarded 25 years or imprisonment for rape charges under Section 375. He has to pay 50 Million to Noor’s family to destroy their image. His parents charged with 10 years of imprisonment each for helping his son and hiding proofs of crime.

Moreover Gardner, cook and the therapy team of Zahir must also serve their imprisonment in order to help the criminal. The trial of the gruesome murder continued for four months and eight days.

Later Zahir’s parents accused Noor in order to woo Zahir and exploit him. They even tried to hide and destroy proofs. On the first hearing Zahir misbehaved and got a warning. Moreover he pretended to have a mental breakdown and asked for therapy sessions. Later the police discovered that the therapy team that was handling Zahir was his own employees. It was his own rehabilitation company.

“An exemplary punishment has been given to the primary accused,” he said while speaking to the media outside the court. He termed the verdict as a “victory” for the court and justice.

“Everyone was praying [for justice]. The whole nation and world were with us,” he added.

27-year-old Noor was brutally killed by Zahir Jaffer at Islamabad’s upscale Sector F-7/4 on July 20, 2021. Her body parts were recklessly smeared and she was found beheaded. Moreover Zahir was arrested by Islamabad police when he tried to run from the murder scene. Large sum of drugs were detected from both Zahir and Noor. However Zahir denied the accusations from the first moment.

With later investigations, it was evident that he kept Noor trapped in his house for almost 6 months. Noor’s parents had no clue about their daughter’s whereabouts. Both parties know each other very well even they had good family terms as well. Zahir and his parents continuously denied all the accusations. Untill a CCTV footage came into life where Noor jumped from the window in worst condition, to save her life. Zahir was clearly seen manhandling Noor.

After that Zahir played victim’s card. According to him Noor was an addict. She hosted drug parties. On the murder day, she asked for drugs and money from Zahir. When he refused she tied him up in the kitchen. According to his statement, some “Influential” guest of her drug party killed her and framed him.

People are so overwhelmed with the court’s order. They are calling it a new era of justice. Now they believe that rich or poor, both can get justice in this country.

“Class dynamics quite stark in the judgement today.. expecting appeals for Zahir’s sentence, but hope this brings some semblance of peace for Noor’s family and loved ones. May no woman, no family, have to go through this kind of atrocity,” wrote a follower of this case.

This decision is definitely a breakthrough in judiciary system. Lets hope it will continue to provide justice to real needy ones in future as well.