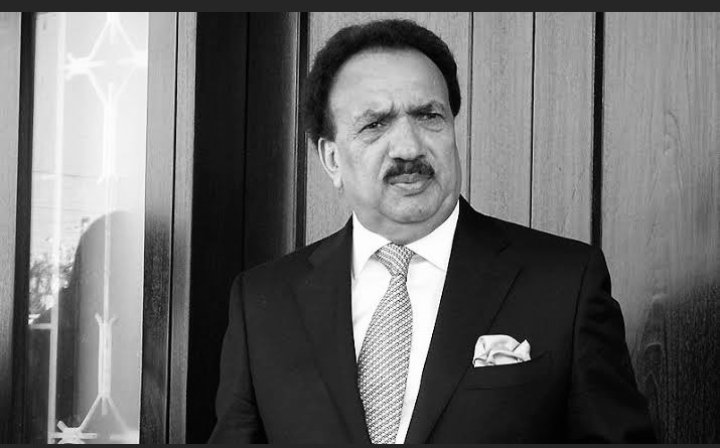 From FIA to the Confidante of PPP’s highest authority, Rehman Malik was the man of his words. His services against war and oppression are unforgettable. He died at the age of 70 this Wednesday.

ISLAMABAD, PAKISTAN – Indeed a sad day for Pakistani politics as it lost one of the civil award winning senators due to Corona Virus brutality. Rehman Malik, a seasoned FIA Director as well as polished politician, lost his life to COVID-19 this morning.

His test came positive earlier this month and he was on ventilator for a few days. According to sources, his lungs were affected adversely due to this severe virus. It was very difficult for him to breathe or function. At last, the disease won and the nation lost one of its shining stars.

His sudden demise is a complete shock for the whole nation. Condolences are pouring from all over the country well as from international borders. He left a wife and two kids grieving behind him.

Asif Ali Zardari, Chairman PPP, expressed his grief and sorrow through Twitter. He said Rehman Malik was an experienced politician. His best quality describes as “Hardworking and capable Interior Minister”.

Authorities express their love and gratitude towards senator in heartwarming words. Each and every colleague described him as a strong and a man of principal.

“Rehman Malik always practiced politics of honesty and principles. When terrorism was on the rise in the country, it was Rehman Malik who played a pivotal role in eradicating terrorism,” said PPP Chairman Bilawal Bhutto- Zardari.

Moreover, President of Pakistan, Dr. Arif Alvi also paid his tribute to grieving family and friends. In this hard time, all the political fraternity came close irrespective of all differences. That’s the power and vision of late Rehman Malik coming into life.

Abdul Rehman Malik was born on 12 December 1951 in Sialkot, Pakistan. Prior to his entry in national politics, Malik had pursued a successful career in the Federal Investigation Agency (FIA) as a Special Agent, eventually becoming Director of the FIA in 1993 until 1996.

After that, he entered into politics with Pakistan People’s Party (PPP). He was very close to the late Benazir Bhutto, as he was her advisor. Moreover, after her death, he remained loyal to his party. Malik’s main aim was to fight against war and oppression. In the tenure of Yousuf Raza Gilani, Malik was his advisor as well. Later he was made Interior Minister by Gilani.

He lost his ministry due to a court order that came against his dual Citizenship. Still, he was willing to serve as a Politician/Bureaucrat. He served as minister from 25 March 2008 until 16 March 2013. According to all experts, the loss of Malik is irrecoverable. This generation could not produce about Rehman Malik ever. This was the end of a powerful era.

Bappi Lahiri, The Golden musician is no more with us