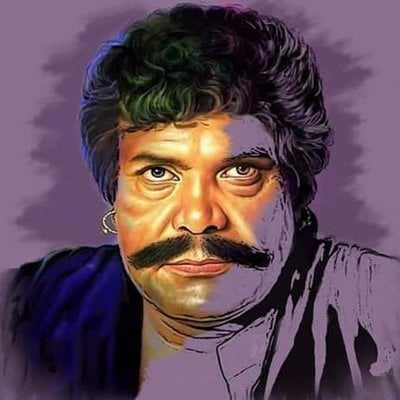 Guinness world record holder who ruled on thousands of hearts in his 40 years of career. Sultan Rahi would be the first Pakistani actor who gets to feature in more than 800 movies.

Pakistan’s blessed with various personalities that enlighten the country’s name internationally. In the entertainment industry, Sultan Rahi needs no introduction. First Pakistani actor who glorifies the concept of Badass Feudal remembers by each of his fans. His dialogue delivery, comic timings, expressions, and body postures are still copies by today’s actors. Sultan Rahi was the only actor who ruled the Punjabi movie industry for 40 years. He was the undisputed king of the film industry of Pakistan. Many memorial and tributary events organize on all major events.

Sultan Rahi was born on  June 24, 1938, to a decent family in Saharanpur, UP. After partition, his family moved to Pakistan. He always had a knack for acting and expressions. But he always gets bullies for his looks and personality. He started in a supporting role in the movie Baghi in 1959. But he gets massive stardom with his cult movie Maula Jutt, released in 1979. After that he never looked back and touches new horizons of fame.

He works in more than 800 movies in his entire career. It includes 713 Punjabi movies and 100 Urdu movies altogether. Due to this massive number, the Guinness book of world record added his name to the entertainment section. He is the only actor who gets to feature in his acting services. He won various awards including Nigar Awards in Pakistan.

Despite having a memorable career he faced a tragic death. He was traveling from Islamabad to Lahore via G.T Road. A bunch of thugs tried to loot the car, when Sultan resisted they shot him and left him injured on the road. He died on January 9, 1996. industry still grieves over his unfortunate and untimely demise.

Every year management of Madame Tussauds received almost 1000 requests. Many fans request their favorite actor or personality to get a waxed statue in a prestigious museum. In 2014, a local magazine announce that Madame Tussauds is considering making a wax statue of Sultan Rahi. He was the first Pakistani actor who would get this honor on an international level. Moreover, a wax statue was supposed to be put on display in 2015.

Before that management of the museum was interested in making a wax statue of legendary actor Moin Akhtar. But his son refused to permit as it is prohibited in Islam to make statues. So if the wax statue of Sultan Rahi will be placed shortly, it would the first actor from Pakistan who featured on that massive level.