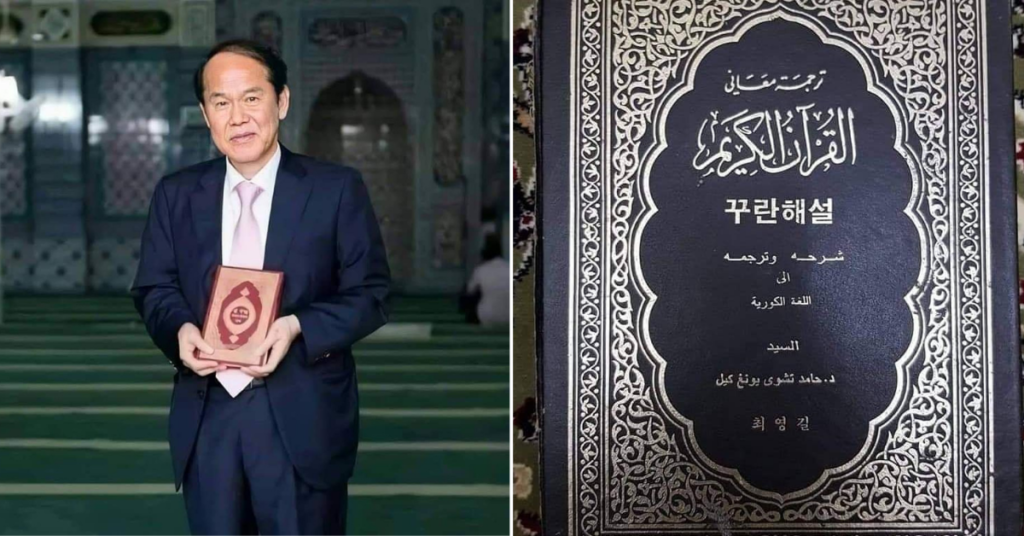 Dr. Hamid Choi, a native Korean and a Islamic studies teacher, went onto translate the Quran in Korean language. This made Dr. Hamid, the first native Korean to do so. The whole tasks was difficult and time consuming and took him around 7 years. Alongside the Quran, Dr Hamid Choi also translated the ‘Sahih Bukhari’ which is a book of hadith.

These contributions by Dr Hamid Choi surely are big. Now a big percentage of Koreans will be able to better understand the Quran and the Hadith thus further strengthening their faith. Korean People interested in Islam will also be able to learn more about it thus Dr. Hamid through his work will welcome more people into Islam.

With Korean being the only language a big percentage of Korea understands, Quran and Islam will now be better understood throughout Korea. Dr Hamid Choi apart from translating the Quran has more than 90 self-written or translated titles. This makes Dr. Hamid Choi a devoted Muslim that is working towards the spread of Islam.

Korea is a Muslim minority state but yet the Muslim community in Korea is noticing a large increase since the last decade. The credit for this increase goes to people like Dr. Hamid Choi who are spreading Islam in all possible ways they can.