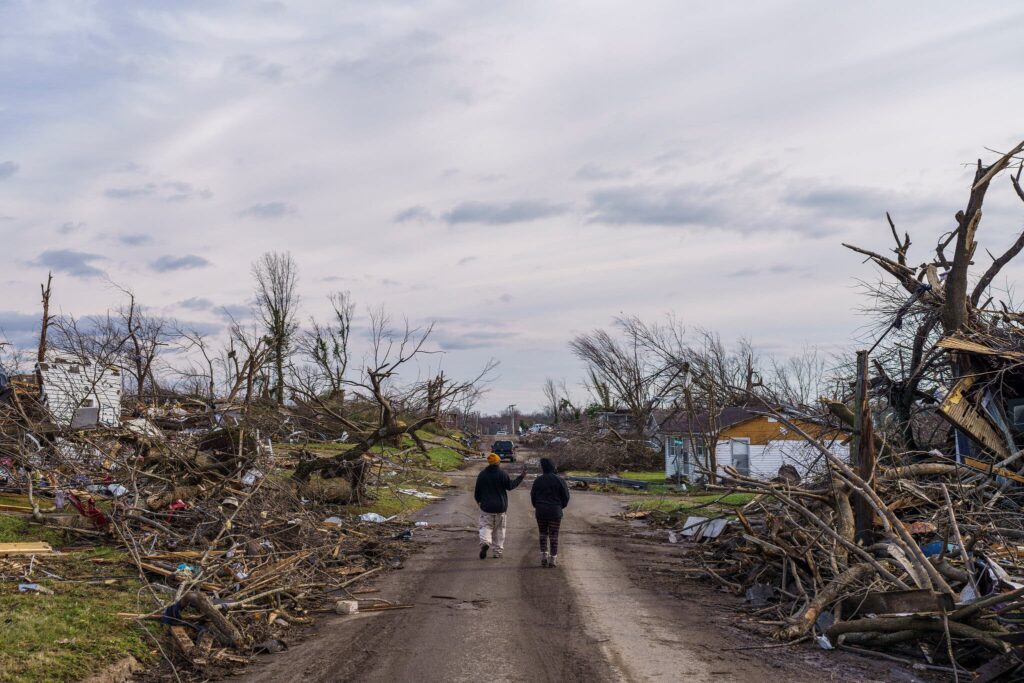 Around 4 tornadoes hit different parts of Kentucky. The death toll according to the the governor can reach up to 100

On Dec 11, A devastating series of tornadoes hit 6 US States causing significant damage such as destroyed homes, buildings and offices. The states where the tornadoes hit are Arkansas, Illinois, Kentucky, Mississippi, Missouri and Tennessee. Kentucky however faced the worst side of these tornadoes.

At around midnight, four tornadoes swarmed through Kentucky, damaging multiple counties. Homes and buildings stretched over 200 miles (321km) were all destroyed by the Tornadoes. The strongest of the four tornado travelled 365 km around Kentucky causing the most damage.

“The level of devastation is unlike anything that I have ever seen” said Kentucky governor ‘Andy Beshear’. Discussing the death toll, the governor said that “We were pretty sure that we would lose over 50 Kentuckians. I’m now certain that that number is north of 70. It may in fact end up exceeding 100 before the day is done”.

Some of the worst causalities took place in Mayfield, which is a small city of 10,000 people in west Kentucky. A pencil factory with around 110 workers got hit by the tornado, collapsing the roof and causing multiple causalities. “We could feel the wind… then we did a little rock, And then boom everything came down on us” said a worker while describing the tornado.

Soon after the tornadoes hit, around 56,000 people in Kentucky were without power. An emergency was declared and national guardsmen were deployed for the protection and rescue of people.

Deaths in other states were significantly lesser than Kentucky. The tornadoes caused around six deaths in Illinois, four in Tennessee and two in Arkansas. Other destruction included destroyed vehicles, obliterated homes, buildings catching fire and the derailing of an empty train.