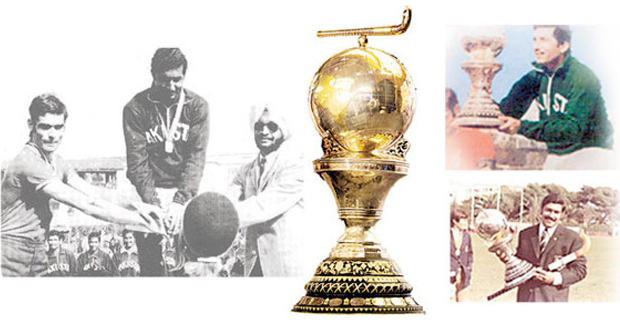 Pakistan has won the most world cups in the history of this sport. Despite having a glorious past in hockey, Pakistan has to play qualifiers for upcoming world cup. Its high time to remodel the national game for once and set new records worldwide,

National sport of Pakistan is Hockey, started in 1948 in full spirit. Country was new and fragile but enthusiasm was sky rocket. Pakistan starts taking part in international hockey events in 1950. Where Pakistan competes with Spain and made an surprising successful entrance. Later Pakistan took part in various hockey events internationally. Pakistan hosts so many countries for hockey events as well. Hockey played in the combine sports event of Olympics worldwide. Hockey get laid back in other games. There was no concept of hockey world cup or such events.

In 1969 Pakistan Hockey Federation (PHF) chief Air Marshal Nur Khan a sports enthusiast who also served as Pakistan’s head of federation for cricket and squash proposed the idea of conducting whole hockey world cup. After a bit of criticism and support of neighboring country India, First world cup approved to held in 1971. Later Nur Khan also proposes the idea of conducting Champions Trophy as well. Now world cup held every four years makes a gap for champions trophy in between. Design of world cup trophy also made by Pakistan army using golden and silver hockey placed on the globe. Trophy is about 61.7 cm tall.

Event scheduled to held in Lahore, Pakistan. But due to poor political conditions after 1971 elections, world cup moved to Barcelona, Spain. Pakistan played exceptionally and beat host in the final by 1-0 goals. So far Pakistan is on top of the table in winning world cups. Pakistan has won 4 world cups so far. 1971,1978, 1982 and 1994 were the years when Pakistan lifted the cup.

Downfall of the game

Pakistan has collectively won 20 Medals in hockey events till 2018. Specialty of Pakistan was field hockey where they play on natural grass. In mid 80s Austro turf introduced in hockey. Asian teams struggled on new gaming conditions in start while fit European players outclassed the game. But Pakistan practiced hard and won a world cup in 1994. Pakistani team was indeed glorious in that time. Old players still missed the old glory of team.

Now team was not able to qualify for world cup in 2018. No prominent events or winning streak seen in new past. Less resources and lack of money costed players their game life. There is far less money in hockey than cricket. That’s why kid’s not interested in playing hockey anymore. “Pakistan needs victories. Glamour and money will automatically follow,” Samiullah Khan president of PHF said.

Now junior world cup is about to start this month. Pakistan is playing in top 12. We can hope and pray that Pakistan can play amazingly well and bring back the old time beautiful moments again.