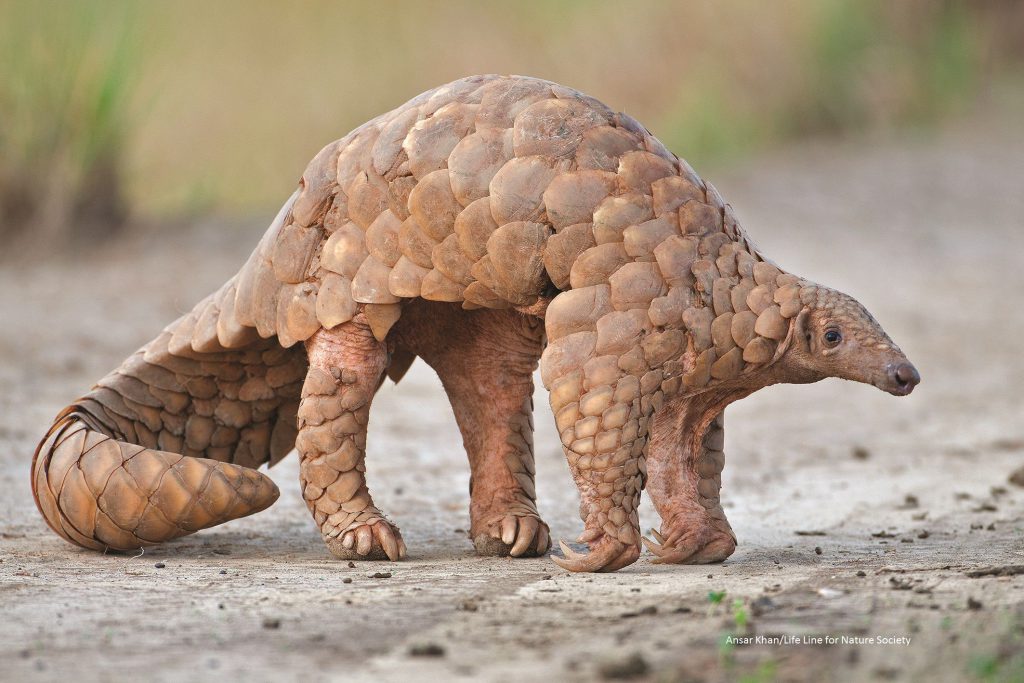 Nature’s most amazing insecticide Pangolins endangered in allover the world. Pakistan is taking all necessary steps in order for pangolins conservation and safety.

Nature is complete in its raw form. When human tries to interfere in the God’s deed, they suffers afterwards. Same case is occuring in the matter of Pangolins. Pangolins are the nature’s most amazing and simple creature on earth. Indian pangolin (Manis crassicaudata) are responsible for maintaining balance in ecosystem. They ate millions of fatal insects and worms in order to safe crops. This harmless creatures often mistaken as monsters or dangerous because of their appearance. These can found in the Plateaus of Punjab Pakistan or Various areas of Sindh as well. Pangolins conservation program held in so many regions of the country as well as world.

Rare Indian Pangolins found in 5 countries in the world. India, Pakistan, Nepal, Bangladesh and Sri lanka. Pangolins declared endangered in near 2012 when large amount of pangolins disappeared from the surface of the earth. WWF take an immediate notice on reasons of its mass disappearance. truth turn out to be much horrible than expected.

China is the biggest investor is Pangolins purchase. Scales of Pangolins used in so many Chinese medicines and treatments. It is an estimation that China uses almost 29 tons of scales from 73000 individual pangolins annually. In Chinese market and restaurants, Pangolins meat and soups are one of the favorites. So china is responsible for 80 percent of its mass killing allover the world. One person close to the trade said that pangolin scales fetched USD 3,000 per 20 kg in the Chinese market, more than the annual average income.

In Pakistan when investigation begun, the fact came into light that a lot of pangolins killed for the sake of Chinese entertainment. A large number smuggled to China in the name of Favors of CPEC Program. In October 2018, Sindh Wildlife Department teams raided an area of the port city of Karachi and seized 16 bags filled with pangolin scales. For pangolins conservation authorities put a ban on its killing or poaching.

Although Pakistan has listed the pangolin as a protected animal under the Convention on International Trade in Endangered Species. Conservationists say that there is a lack of coordination among various agencies when it comes to stopping poachers. Moreover Pangolin protection zones have set up in Attock, Jhelum, Chakwal, Rawalpindi and AJK with guards deployed in collaboration with the local community.

Replying to a query, the chief conservator said they have also reached out to the academia and students to focus research on the indigenous pangolins. The WWF team, he said, screens documentary in schools, colleges, universities and other institutions to create awareness and to sensitize students. May this scaly anteater get its place and lived enough to see its place in wildlife fearlessly.