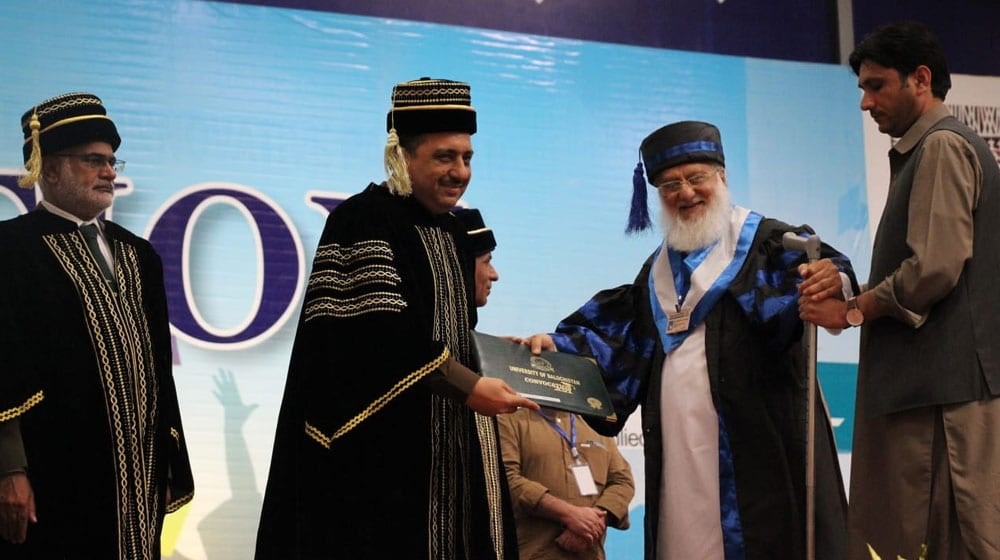 Syed Zahoor Ahmad Agha, Governor of Baluchistan, hugged Haibat Khan Haleemi before awarding him the honor of receiving the degree.

‘The Governor said that the thought of pursuing a Ph.D. at this age, as well as the desire to see it through to completion, is inspiring and a source of pride for all those who pursue knowledge’

Haibat Khan Haleemi got a standing ovation by everyone in attendance when the Governor of Baluchistan was awarding him degree.

“I was appointed as a constable in Balochistan Police but decided to focus on my educational career after ten years in service,” Haleemi said. “What began several decades ago culminated in this doctorate degree in 2021.”

Before his retirement, he was the member of Police Department of Baluchistan. After retirement as DSP, he continued educational career and obtain a Ph.D. in Political Sciences at the University of Balochistan.

He completed his degree in 2019 and was scheduled to get his diploma at the 17th convocation in 2021. However, the convocation was rescheduled due to Covid-19 epidemic.