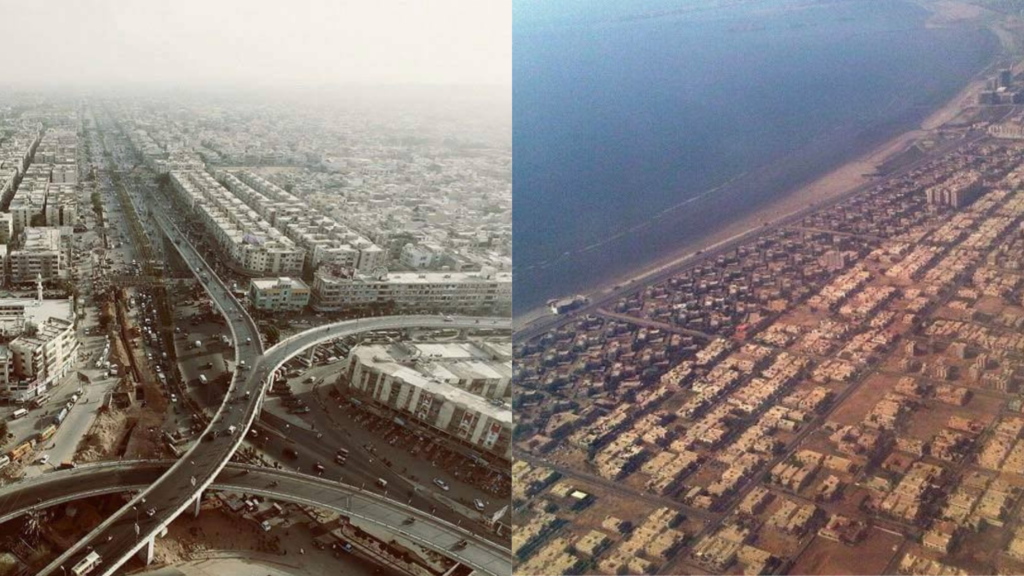 From Nagan Chowrangi to Machar Colony, Karachi over the years have transformed into an epicenter for weird area names. Karachi’s oddly named areas are getting more fame in the recent years on social media.

Karachi, the city of lights has been around for a long time. The city is known for a lot of things from its bustling streets to the variety of food it offers. Adding further to the uniqueness of the city, is is some of its unusually named streets, that have the most interesting and unique backstories one can imagine. The mega city spread over area of 3,780 km2 is divided in 7 districts, each having areas with unique names. From ‘Bhains Colony’ to ‘Perfume Chowk’, these unique names never cease to amaze visitors. Here we will explain the history behind some of the Karachi’s oddly named areas and also most unique area names.

Charya in a Sindhi word, which in English means someone who is ‘insane’ or have ‘lost sanity’. Adding Chowk in front of it suggests that this is a roundabout dedicated to insane people. But are insane people really found here? Well, no the people here are completely sane.

What got the chowk its infamous name, however is the quantity of people that come there to do drugs. The name is quite old and it is said that drug addicts on this roundabout was a common sight in the past also. While the name might sound a little weird, but locals have gotten quite accustomed to it.

The word ‘Nagan’ translates to a female ‘snake’ in English. A ‘nagan’ in Indian tales is as an evil snake that can take form of a human and can cause harm in multiple ways. This suggests that ‘Nagan Chowrangi’ is named after this snake. How it got this name, is really interesting.

People say, that when this area first started to populate, locals captured a ‘nagan’. This capture of a nagan, perpetuated so much fear into the are that it permanently became ‘Nagan Chowrangi”.

Many deny this story and say that the place has its name from, its weirdly shaped bridges which overlap each other like snakes.

Machar translates to ‘Mosquito’, making this colony in Karachi literally named after mosquitos. Housing around 1 million people, ‘Machar Colony’ is mostly home to fisherman and fish traders. The colony is surrounded by the sea from three sides and is near to Karachi’s main ports.

Surrounded by sea, the colony has a lot of mosquitos. Locals, who first started to live here started to call it by the problem this place had, thus giving it the name of ‘Machar Colony’.

Now Sherwani’s shop continues do grow, well so does his marketing legacy. Sherwani’s marketing strategy is now taught in many business universities and is regarded as a perfect example of guerilla marketing.

‘Dar’ translates to ‘door’, whereas ‘Khara’ means salty and ‘Mitha’ means sweet. This shows that Kharadar and Meethadar literally means ‘Salty door’ and ‘Sweet door’ quite funny right? Well its both old and funny.

These names first originated when commercial activity started to increase in Karachi. People at the time decided to create a forts for the protection of the small city. Thus a fort with two entrances was created. The first entrance, being near the sea/salty water got the name ‘Kharadar’, whereas the other one being near a river got named ‘Mithadar’.

While, the doors and the fort are all gone now, but these two names have stayed. Now the areas that once surrounded these doors are respectively names after them.