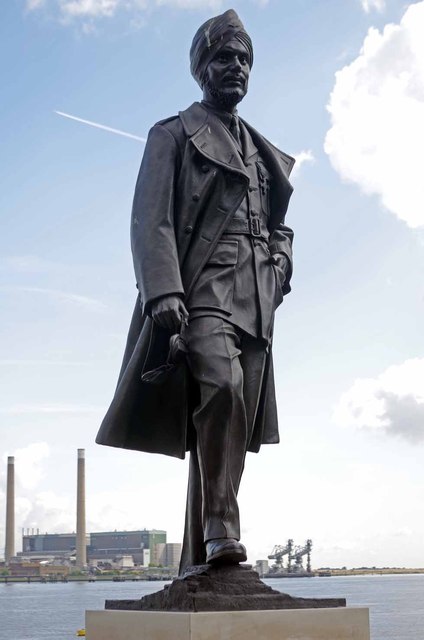 Squadron leader Mahinder Singh Pujji and his services remembered by royal army till now. His bravery and dedication is exemplary in all aspects.

S. Mahinder Singh Pujji was born on 14th August 1918 in Simla, was fourth son of Sardar Sohan Singh Pujji. His father was a civil servant in British era.After his schooling from Shimla, he joined Hindu College in Lahore. He took flying as hobby in 1936, at the Delhi and received Indian Commercial “A Pilot’s License in 1937. After working with Himalayan Airways for some time, he joined Burmah Shell as a refueling superintendent in 1938. Early the next year he began flying Hurricanes, protecting coastal convoys and intercepting bombers and fighters when Hitler ordered the bombing of London. In 1940 he left for United Kingdom and joined RAF After receiving wings in 1941 along with few other pilots, took advanced fighter training in Hawker Hurricane. He trained in combat and received his pilot’s wings. Pujji survived after shot down twice during dog fights but saved by his turban he was wearing by cushioning the blow.

In 1944 Pujji was a squadron leader in Burma where he saved the lives of 300 African soldiers under US command who lost in dense jungle surrounded by Japanese soldiers. Pilots sent by Pujji to find them returned empty handed. He himself climbed into a plane flew over the trees and found them. It incredibly dangerous because he could easily have shot down. He flew a second time to prove it as nobody believed him when he reported the troops’ position back at Head Quarter.

Pujji Awarded with ‘Distinguished Flying Cross’ medal for valour and nicknamed “The Eyes of Army”. Later he employed as Aerodrome Officer at Safdarjung Aerodrome Delhi, after his discharge from RAF (Royal Air Force) due to illness in 1946. After retirement he moved to settle in East Ham, England. Later he settled in Gravesend Kent. On 12th Oct. 2000 he made an honorary Freeman of the Borough of New Ham. In January 2009, due to his campaigning, the Royal Air Force Museum Cosford opened the Diversity In The Royal Air Force exhibition, of which Pujji was the guest of honor.

Mahinder Singh Pujji invited at Buckingham palace for WW2 anniversary. He had a nice meeting with Queen Elizabeth. Moreover he already had a dinner with Princess Diana in 1992. He died at the age of 92, in the year 2010, Sept. 18th. A Statue of Squadron Leader Pujji unveiled by Douglas Jennings on 28th Nov. 2014. It bears the inscription “To commemorate those from around the world who served alongside Britain in all conflicts 1914-2014″.