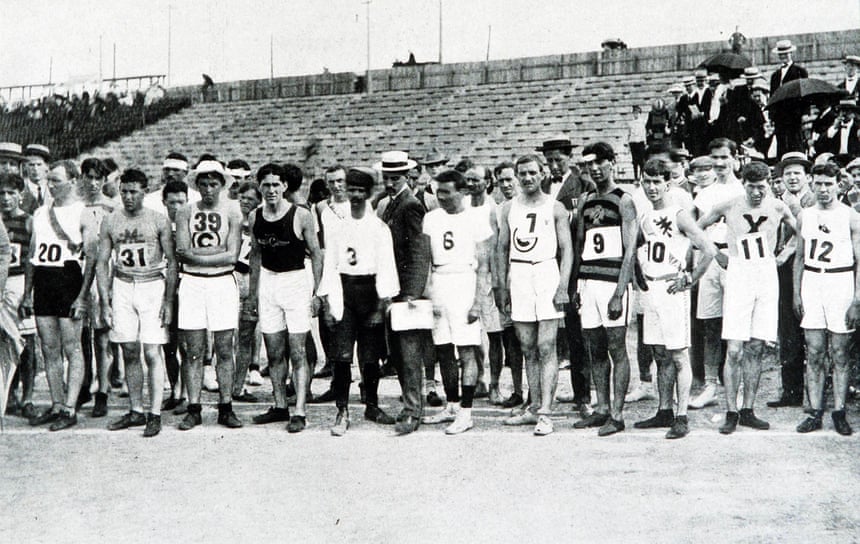 From cheating to racism to drug intake, Summer Olympics 1904 covered it all. It is by far the most challenging and bizarre sports event held in 100 years.

World is struggling to conduct Olympics in this pandemic. Japan got the privilege to host Olympics for 2020. But due to pandemic and uncertain circumstances, it postponed till 2021. Now they are trying their hard to commence this event in peace. It said to be the most difficult and chaotic Olympics of all time. But Summer Olympics 1904 done it before and even set the bar so high. Event was full of bizarre facts and unsuccessful management.

Olympics started in 1896 in the city of Athens Greece for the first time. It held every four years. Athletes from all the world gather and fight for medals and prestige. In 1904, it was the first time when Olympics was going to held out of Europe. It supposed to be commence in Chicago but due to political issues it shifted to Saint Louis USA. USA was hosting Olympics for the first time and they commit each mistake in the event.

It was the longest Olympics in the history. Started on July 1, it ended on November 23. Olympic organizing-committee officials decided to combine the Olympics with the Louisiana Purchase Exhibition, a large fair celebrating the 100th anniversary of the U.S. acquisition of the Louisiana Territory. As a result, the Games suffered. While most of the games held on the decided dates in September to November. Due to difficult route and travel, most of the countries backed out. Only 12 countries showed up in the summer Olympics that year. 627 athletes from 12 countries participated in 87 games of medals. Moreover only 6 women Athletes took part in it.

Boxing, freestyle wrestling, decathlon and a dumbbells event all made their debuts on the program. It was the first time when gold, silver or bronze medals given to winners. Being the host country USA won the most medals in summer Olympics 1904. USA won 286 medals in total.

Racism and Sexism in Olympics 1904

Saddest part of the event was Anthropology Days. Small tribes like Ainus, Patagonians, Pygmies, Igorot Filipinos and Sioux were all paid to participate in traditional Olympic events. In which a group of “savages” recruited from the fair’s international villages competed in a variety of athletic feats among them a greased-pole climb, “ethnic” dancing, and mud slinging, for the amusement of Caucasian spectators. One of the organizer said “As for that outrageous charade, it will of course lose its appeal when black men, red men and yellow men learn to run, jump and throw, and leave the white men behind them.”

Another disturbing fact was there were no record of women participation in the Olympics. Competition hell between them like boxing or race but winners not announced. It referred as the filling in the mechanism of Olympiads.

The famous Marathon of Olympics

It was the most difficult race in the human history as per president. heat was about 135F at that moment and only 2 stops made for athletes to get fluids. It was around 27 miles long track for race. There were seven hills, varying from 100-to-300 feet high, some with brutally long ascents. In many places cracked stone strewn across the roadway, creating perilous footing, and the men had to constantly dodge cross-town traffic, delivery wagons, railroad trains, trolley cars and people walking their dogs. 32 Participants started this gruesome race.

One of the participant severely hurt and if not treated on time, can bled to death. Another ate some apples and get stomach cramps. Fred Lorz was the runner who cheated by traveling 11 miles in a car and get off a little back and resumed running . He won the marathon in 3 hours. At the time of medal, one of the spectator saw him and reported him. Lorz said it was just an elaborated joke. Another runner Thomas Hicks get an edge in the start. But due to dehydration and exhaustion he gave up soon. Later he injected by the mixture of egg whites and strychnine, a common drug to boost immunity. Eventually he won the marathon but it took 4 doctors and an hour to get him normal. It was the first case to use drugs in the sports event.

Moreover it was the first event when hotdogs with mustard and ice-cream cones introduced to general public. Five long months of major sports event but these mishaps brought a lot of criticism to management.