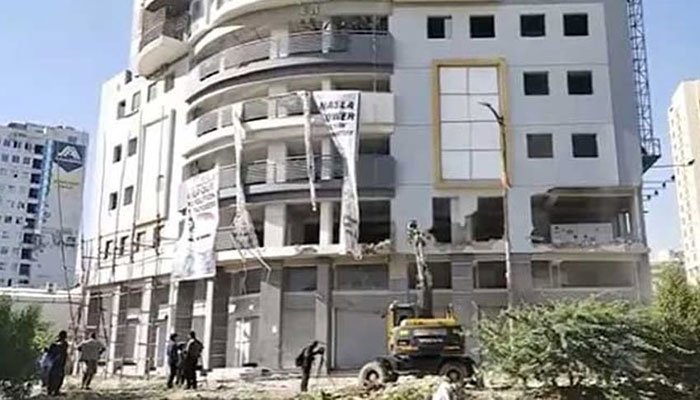 The ordinance aims at regularization of illegal buildings by imposing penalties and fines. This according to Sindh Government will be a better solution for Karachi, which contains numerous illegal constructions.

The former supreme court judge would decide the penalties and conditions on illegally constructed buildings. Apart from placing penalties, the commission would also take action against officers who allowed for illegal construction on encroached land.

This Sindh Government has forwarded the drafted ordinance to regularize illegal buildings to Governor Imran Ismail. The Sindh government is now looking forward for the minister to approve the ordinance so its made a law.

An ordinance ‘introduced in the larger interest of the people’

Karachi Administrator ‘Barrister Murtaza Wahab’ while spoke in favor of the drafted ordinance saying its in the interest of people. The official while speaking to the media said that this proposed legislation is same as the one issued for illegal building regularization in Punjab last year.

Wahab in his address said that he hopes that the ordinance will not face opposition, since it is for the relief of people. He added that he has high hopes for the governor to follow the Chief Minister’s and Sindh cabinet’s advice and approve the ordinance.

Sindh’s information minister Saeed Ghani on Monday spoke in favor of residents living in illegally constructed buildings. He said that the supreme court should let Sindh government regularize buildings made in violation of rules since demolishing them would affect the lives of normal people.

Ghani added that regularization of illegally constructed buildings is not new in Pakistan. He added that many illegal construction in different parts of the country get regularize.

Places such ‘Bani Gala’ and ‘Bahria Town’ all got regularized with fines, then “why there are different standards for ordinary citizens” questioned Ghani. “Steps such as demolishing buildings like Nasla Tower would render thousands jobless ” he added.