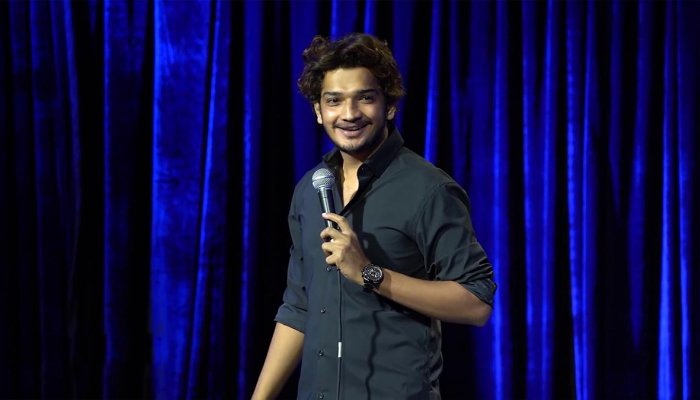 One of India’s most known comedian ‘Munawar Faruqui’ on Sunday made a tweet stating that he has decided to quit practicing the art. This tweet was a response to the ongoing injustice and tyranny he has been facing under the fascist Modi regime.

Faruqui captioned his tweet with the words “Nafrat jeet hai, Artist haar gaya (Hate wins, and artist lost). I’m done! Goodbye! INJUSTICE”. With his tweet he attached a note which explained the cancellation of his recent show while also highlighting other injustices he has faced.

The note after a brief explanation of the injustice he has dealt with contained an emotional ‘I quit’ note. Faruqui in the end wrote a ‘stanza’ that quite correctly defined his situation. Below the stanza, was a small paragraph saying that “I think this is the end. My name is Munawar Faruqui and that’s been my time. You guys were a wonderful audience. Goodbye! I’m done.

12 shows cancelled in the last 2 months

Munawar Faruqui in the last 2 months has been forcefully ordered to cancel 12 shows. Police and security forces have stated ”threats from the right wing’ to be the reason behind these forceful cancellation.

The most recent of these cancelled shows is the Bangalore show, scheduled on Sunday. It was after the cancellation of his show in Bangalore that Faruqui made his tweet. Faruqui in the tweet said that his show in Bangalore was a much anticipated one. The show sold around 600 tickets sold and the profits of the event was to go to charity. The show despite having a ‘censor certificate’ and ‘legal permissions’ was called off.

An unjustified assault and a month in Jail

Faruqui in January 2021 experienced attacks from a Hindutva vigilante group named ‘Hind Rakshak Sangathan. Soon after the attack, police arrested him on charges of “hurting religious sentiments and insulting the faith”. These however were unjustified charges since Munawar never insulted any particular faith. What he did however was jokes on a few powerful politicians in the country. Faruqui did around a month of jail time and got out on bail.